This is my 118k mi Tornado Red 2008 R32. It was meticulously maintained up until 109k mi by its first owner before being traded in, with a stack of receipts showing all the dealership oil changes and maintenance. This first PO dealt with many of the common problems, including AC pumping problems, radiator replacement, serpentine belt replacement, tons of normal fluid and filter swaps, etc. All through the dealer. 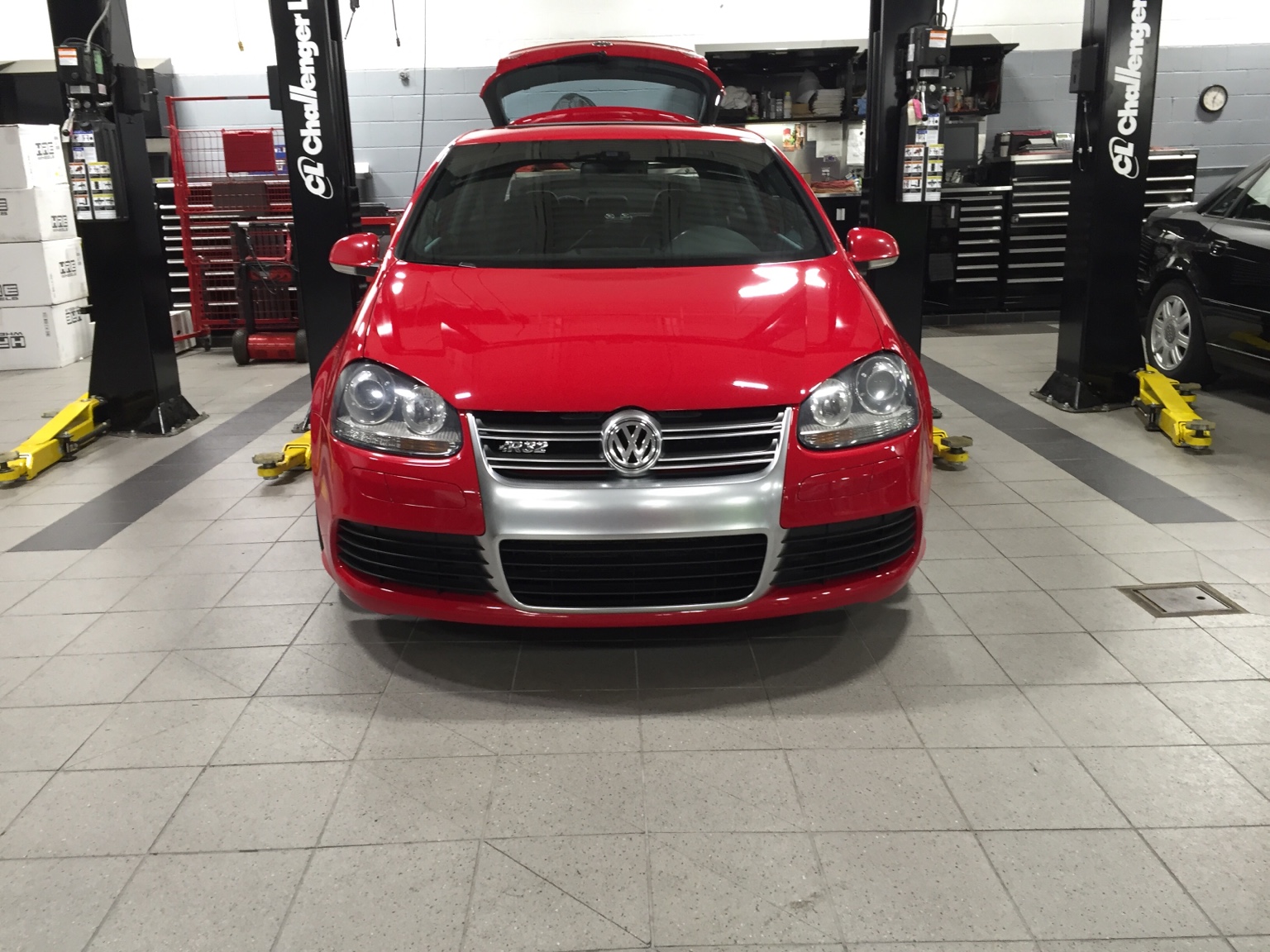 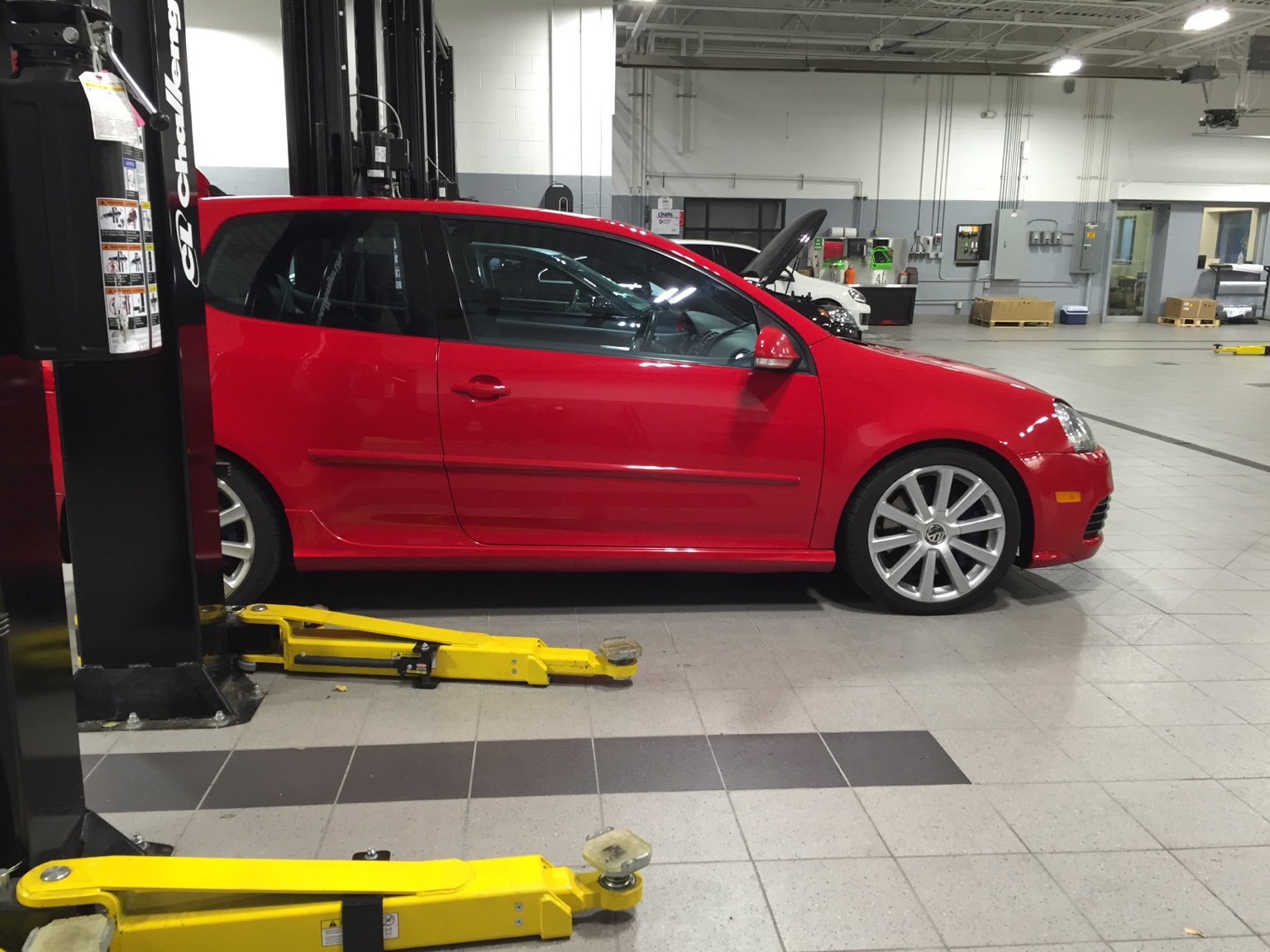 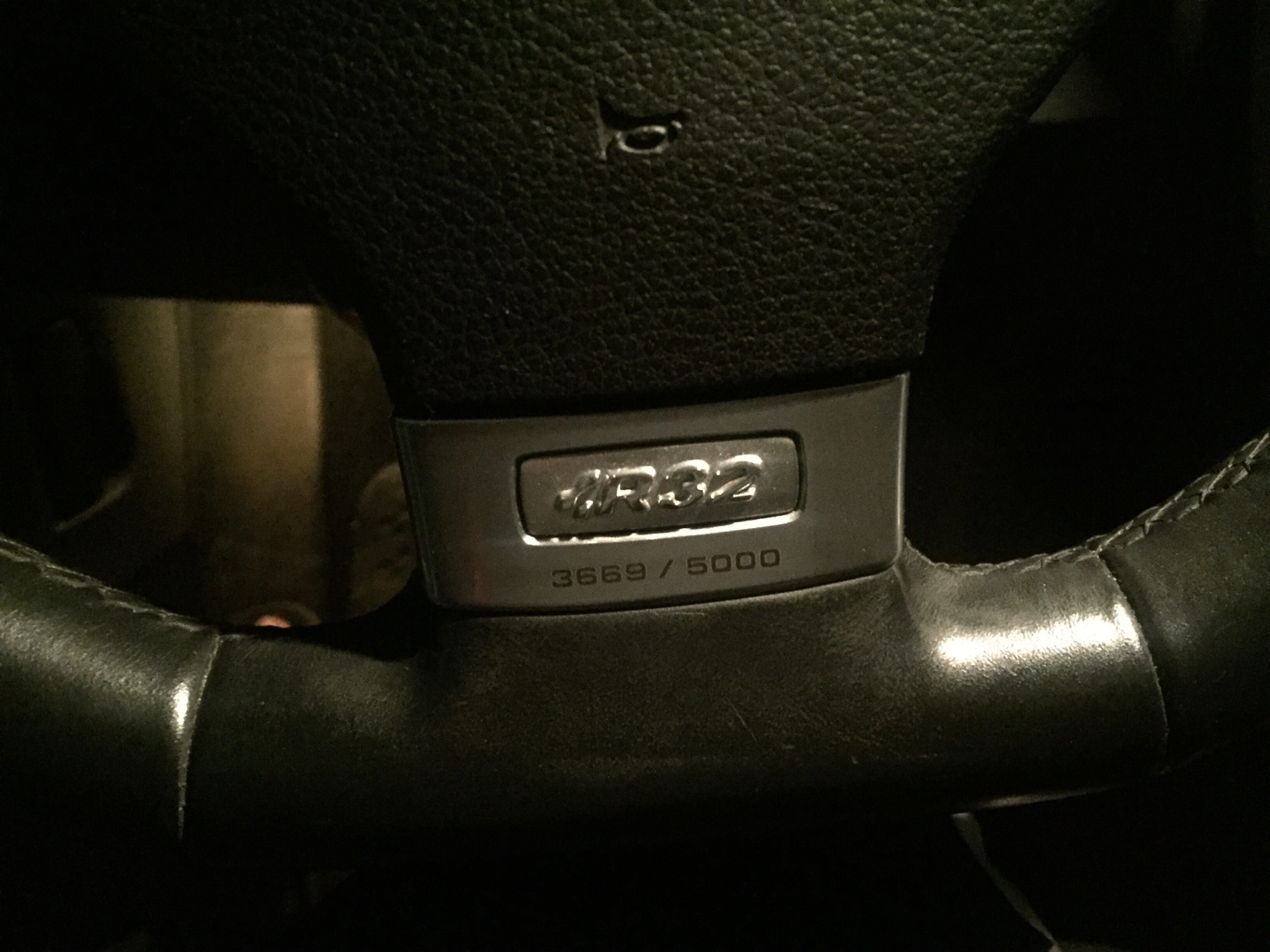 An acquaintance (with a R8) bought it as a daily from a dealership after it was traded in. He sold it to me after driving it for 7k mi and dumping plenty of maintenance into it. All of his work was done at HS Tuning in Westlake, OH. I'm quite familiar with the shop since my GTI has been through their doors more times than I care to admit. The maintenance included replacing the cooling fans, brake job, rear bearing. PO also added a VW accessory radio that added SD and bluetooth! Not bad, but I wish I had a touchscreen in it. The RNS-510 keeps calling my name... for both cars.

Now that the R32 is mine, I will be doing maintenance and trying very hard not to dump money into it as well as the GTI. :wub: Tomorrow I plan to do an oil change, DSG service, Haldex service and anything else it needs. Since I'm sick, instead of doing the simple pads and rotors the car needs, I am buying another set of TT-RS front brakes to swap onto the car. Will also need to swap my snow tires from the stock GTI wheels to the stock R32 wheels, just to keep things looking correct.

Quick snap of the GTI also. 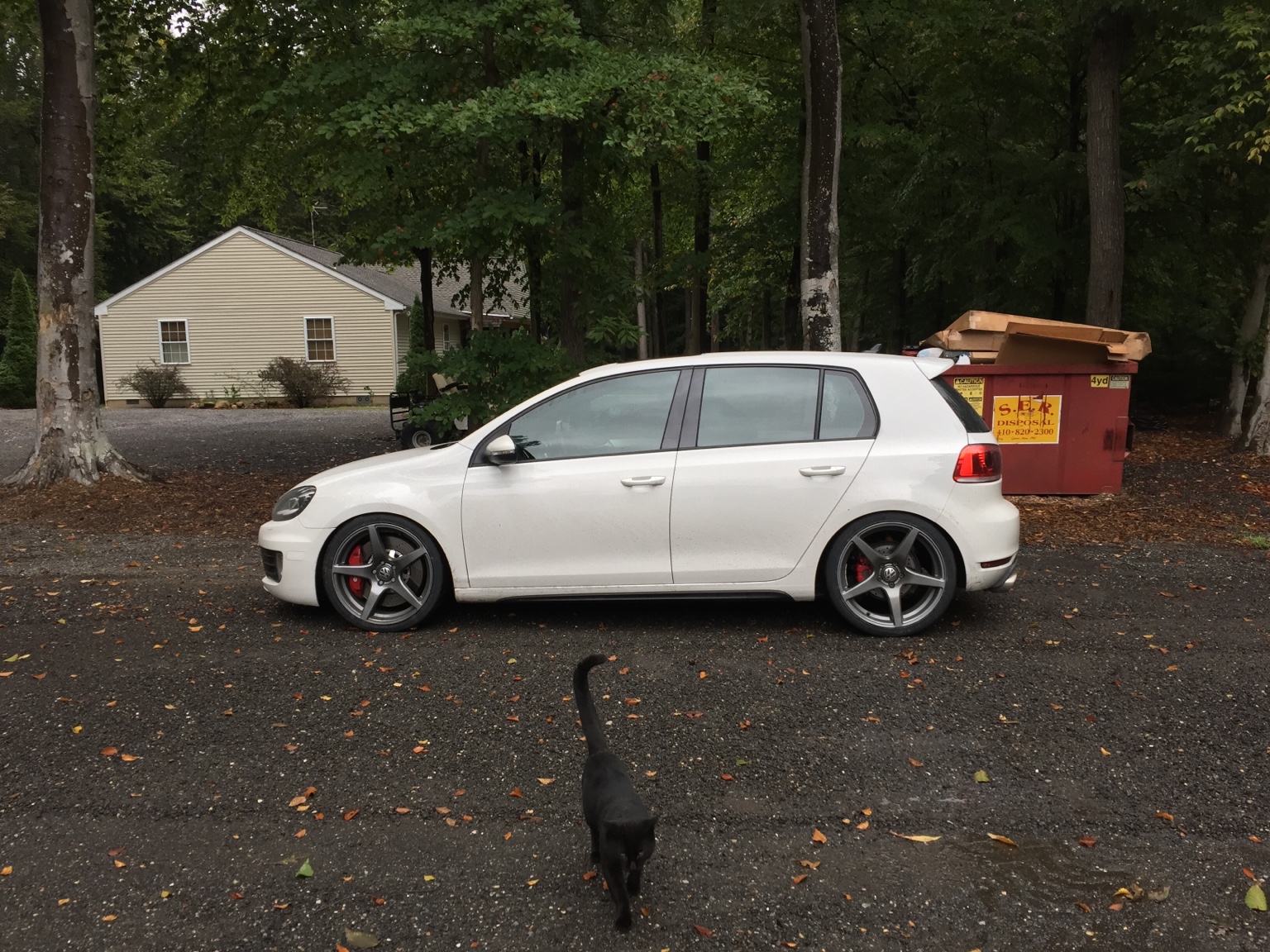 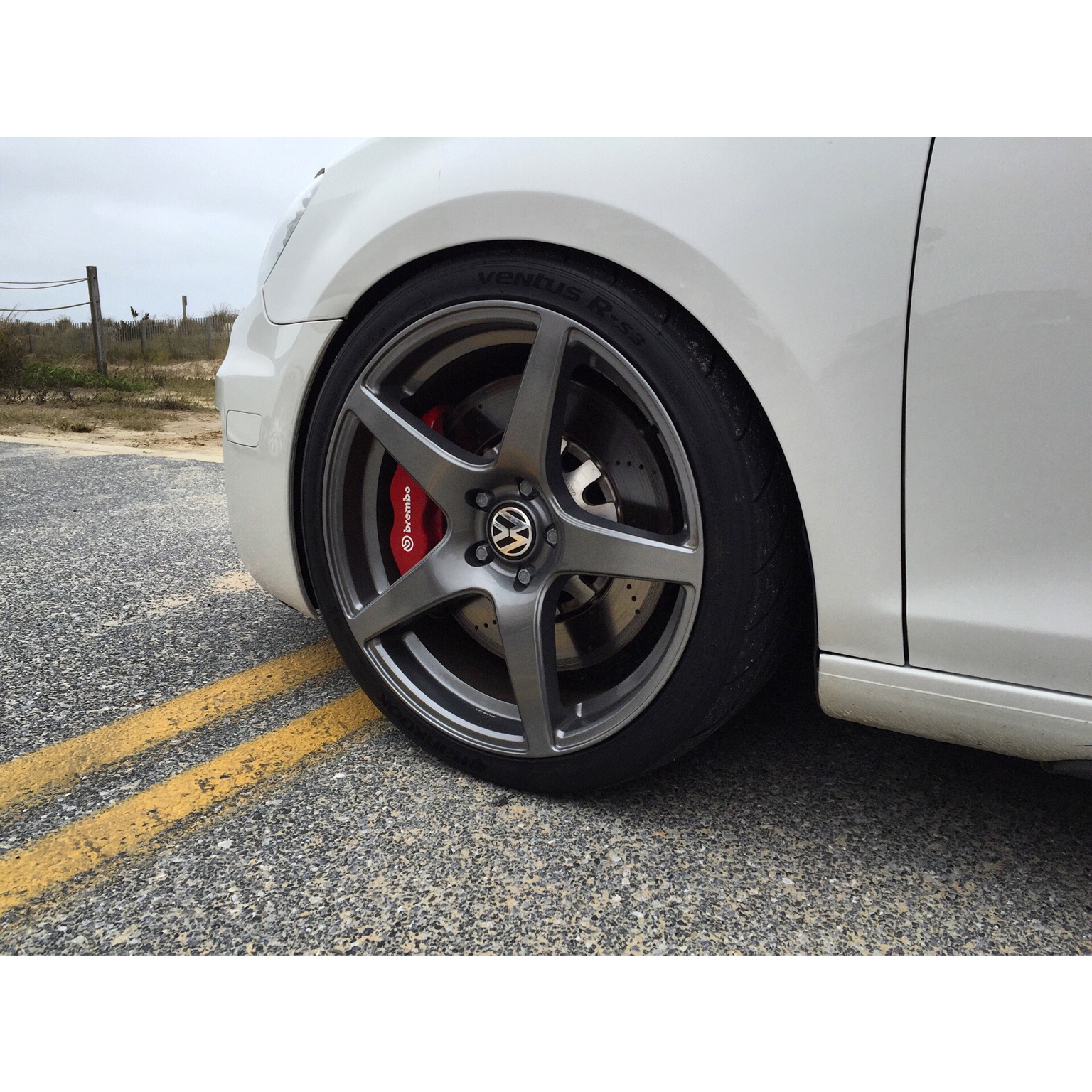 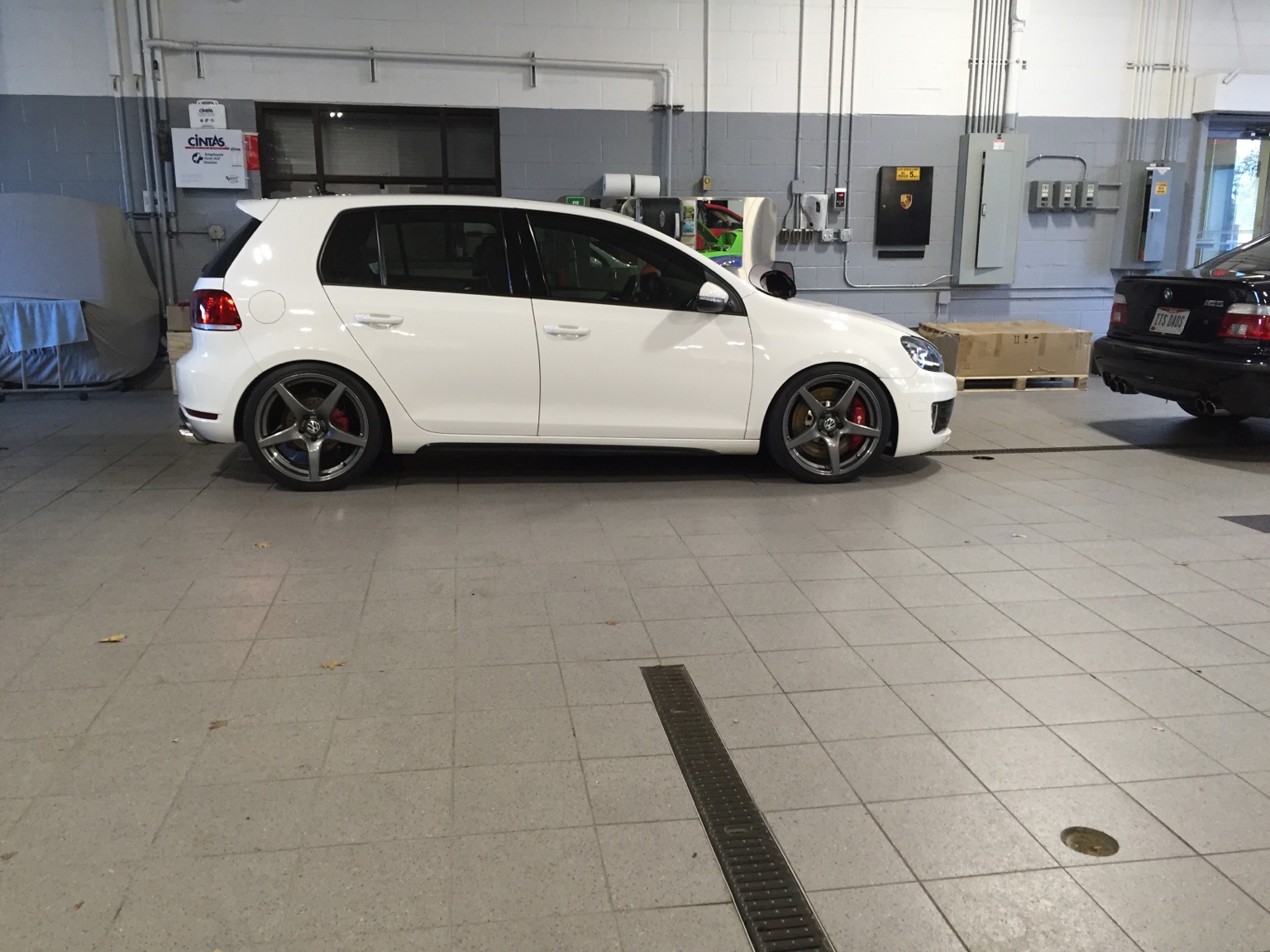 Specs on the cat?

Ahahah, the cat was a shop cat at a tire shop about an hour away from Ocean City. On our way there this year one of the cars blew a tire and we found that had a new tire/mount so the guy didn't run on a spare.
| GTI Build | R32 Sold |​

Swapped a mk6 R catback onto the mk5. Exact fitment and one less resonator. All oem. Same as cutting it out on a stock exhaust for a mk5. Slightly louder, not bad for free. 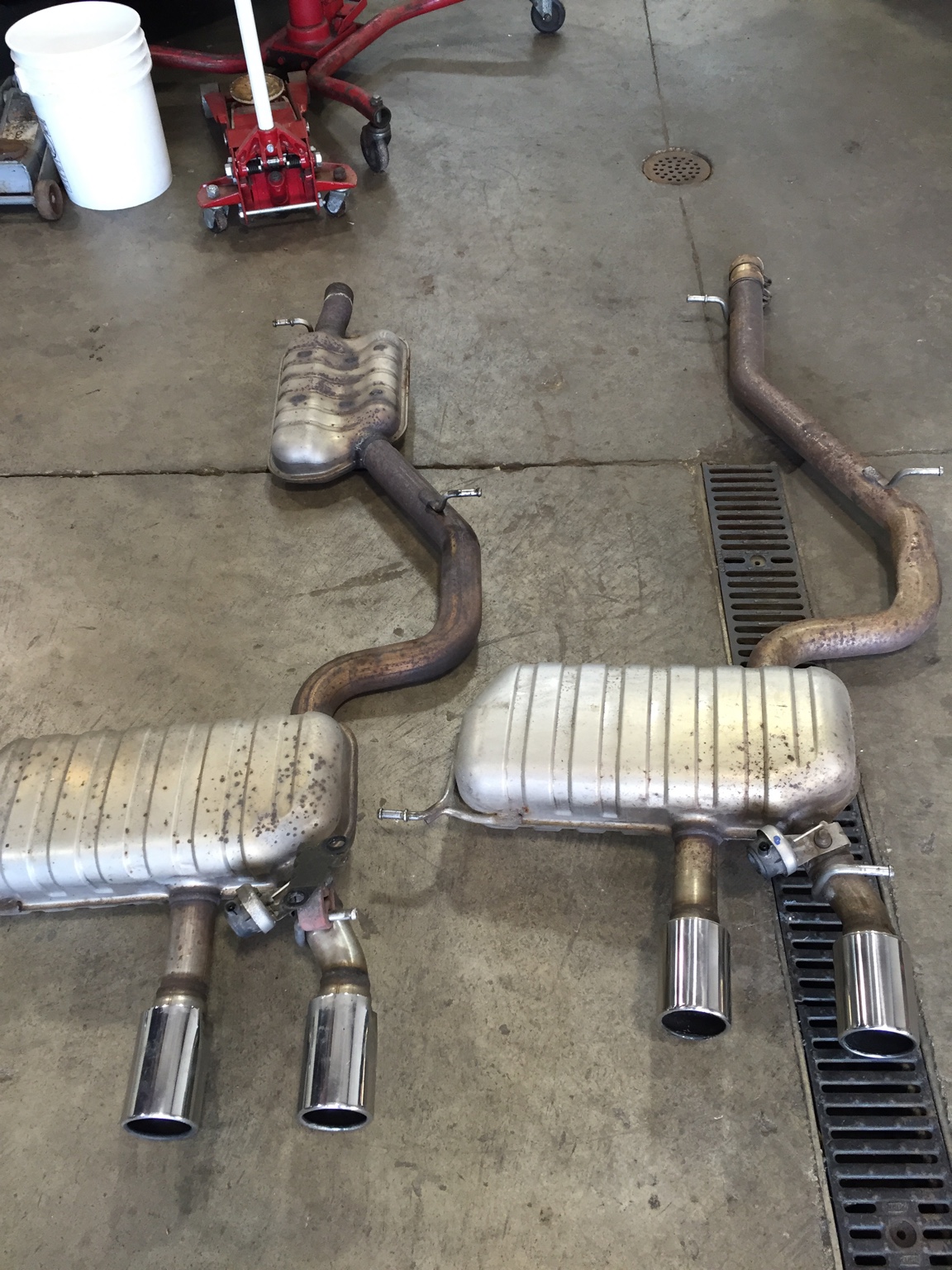 Also did a DSG service and Haldex fluid swap. No external filter really so I'll address that at another time. Picture shows the set up down there. 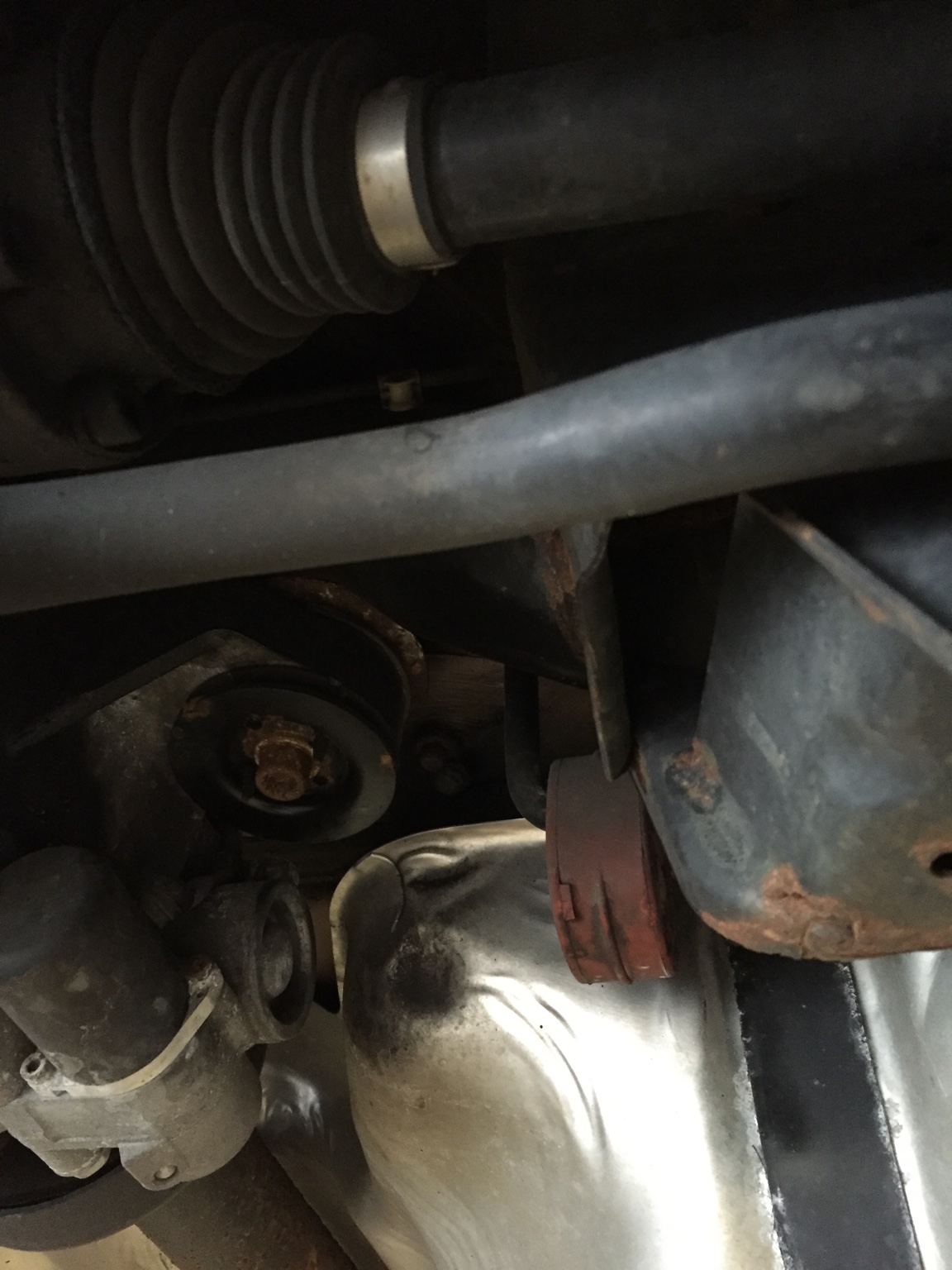 Noticed that my oil pan cover for the mechatronic unit is pretty rusty and corroded. Will probably replace that at my next DSG service.

Also noticed that my rear diff is covered in fluid and is probably slowly leaking from a seal somewhere. Nothing to worry about right now but if I'm in there, mental note to replace all of those. 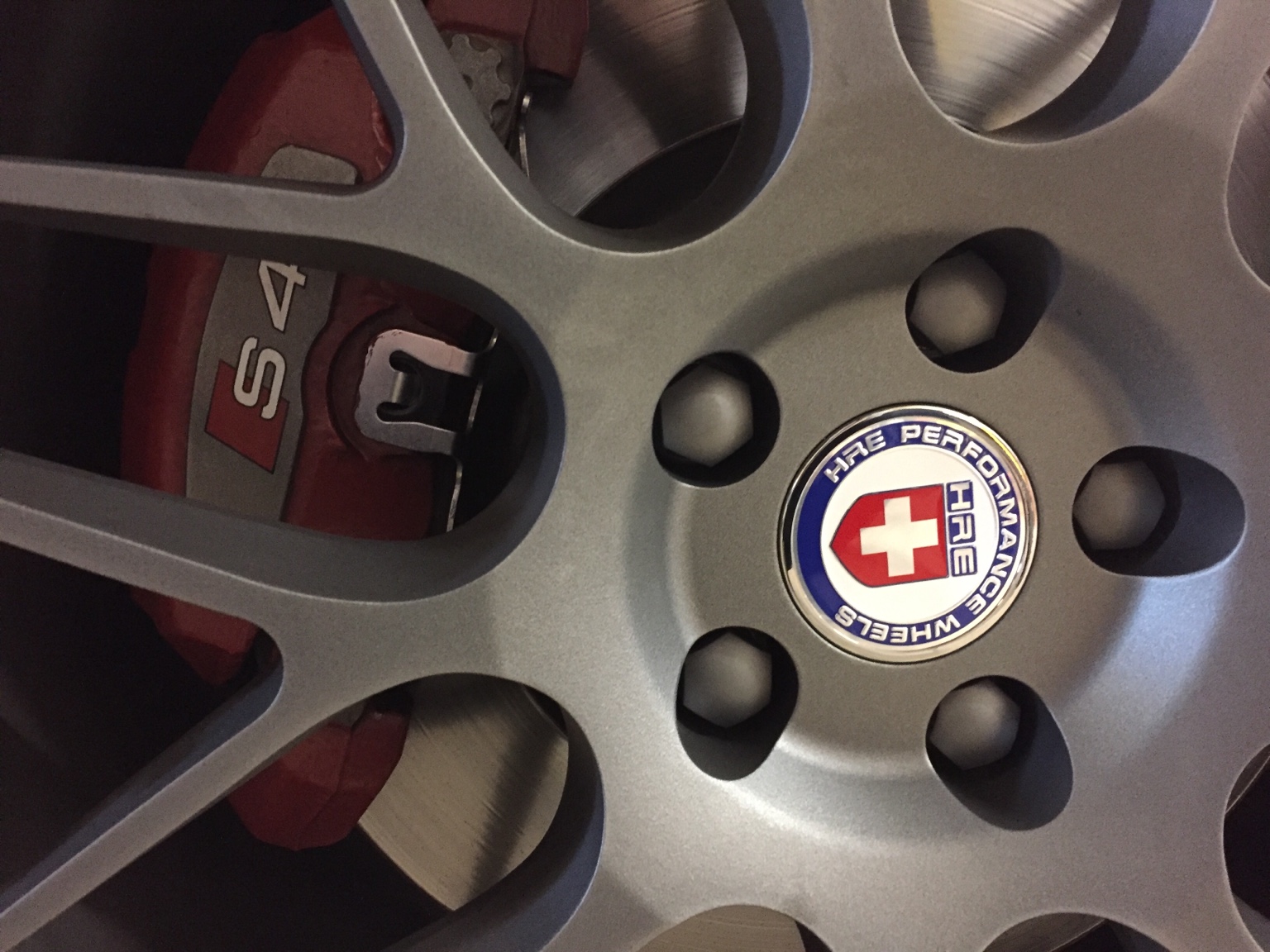 Going to Next Level Performance, in Greenberg PA today to get a UM tune for ECU/DSG. Excited! Not excited to drive 6 hours on brakes that need to be replaced. Oh well. That's coming next week!
| GTI Build | R32 Sold |​

clownish said:
Going to Next Level Performance, in Greenberg PA today to get a UM tune for ECU/DSG. Excited! Not excited to drive 6 hours on brakes that need to be replaced. Oh well. That's coming next week!
Click to expand...

And to lower it, just remove the springs entirely. :happyanim:

Took a half day off of work and drove to Pittsburgh to visit Next Level Performance. Josh Volk has been around for a while in the VAG tuner space and has plenty to show for it. Anyways, pretty straight forward - tuned the car with United Motorsport Stage 1 ECU calibration and a DSG tune to match. Set launch @ 5500 rpm. Also did a much needed oil change and swapped out spark plugs. I am going to preemptively order some coilpacks as well. Thinking about doing some preventative maintenance and getting everything for water pump and timing chains, including slave cylinder, all the guides, maybe rear diff gasket also (it's got a slow leak), and whatever else I can dig up since everything will be apart. Considering, considering...
| GTI Build | R32 Sold |​

707Stang said:
dude!!! that is an awesome mod! I work at a body shop ima have to keep an eye out next time one comes through
Click to expand...

An acquaintance was swapping out his TT-RS kit for a brand new Stoptech BBK, so I decided that instead of doing front brake pads and rotors, we'd just replace the entire assembly.

Last time a brake job was done on this car must have been about 50-60k mi ago. They were pretty worn and the corrosion had set in hard. Broke the set screw getting it out on one side. Pictures, mainly for my own memory, show the lip on the rotor and the pad, kinda. 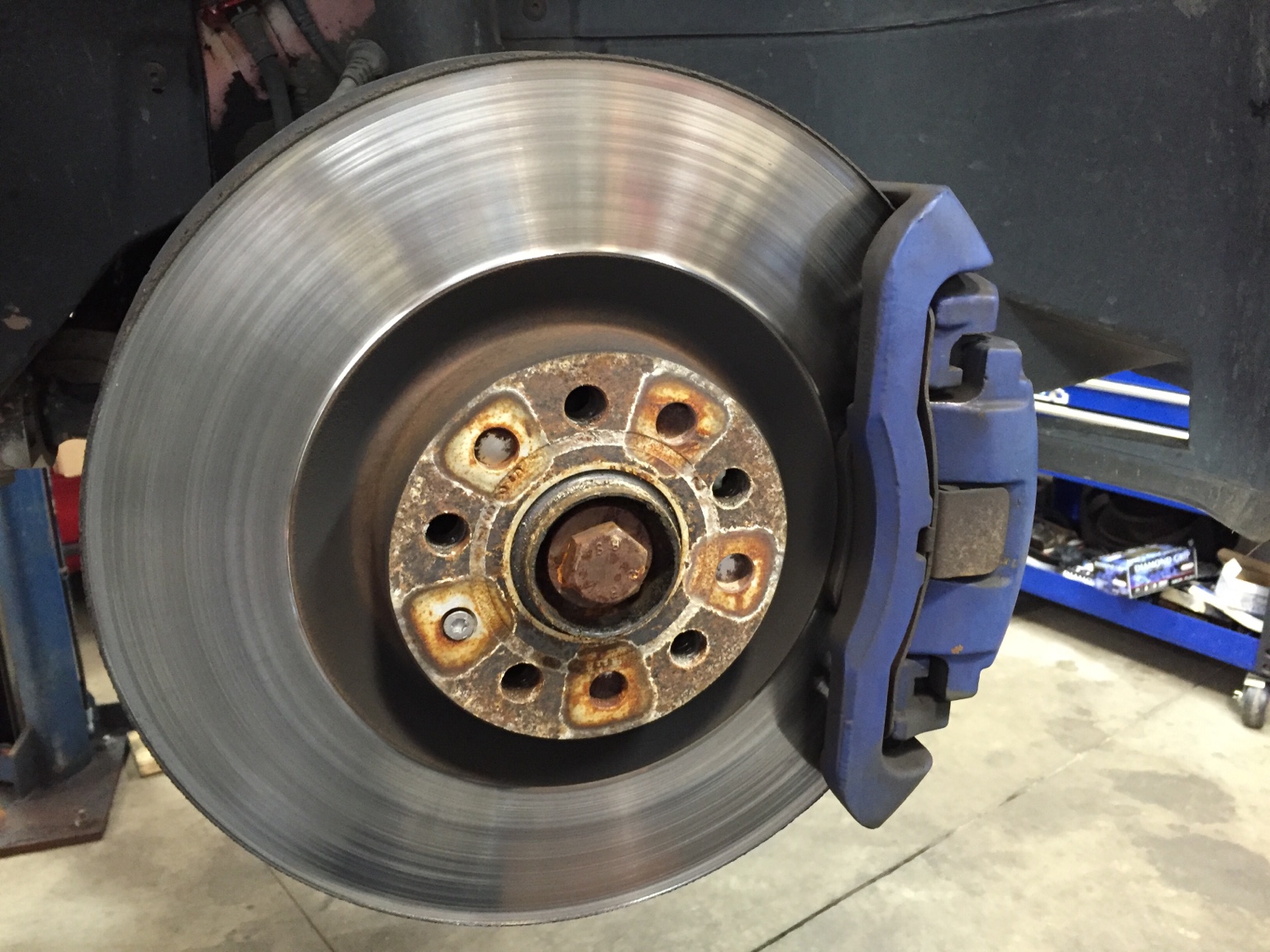 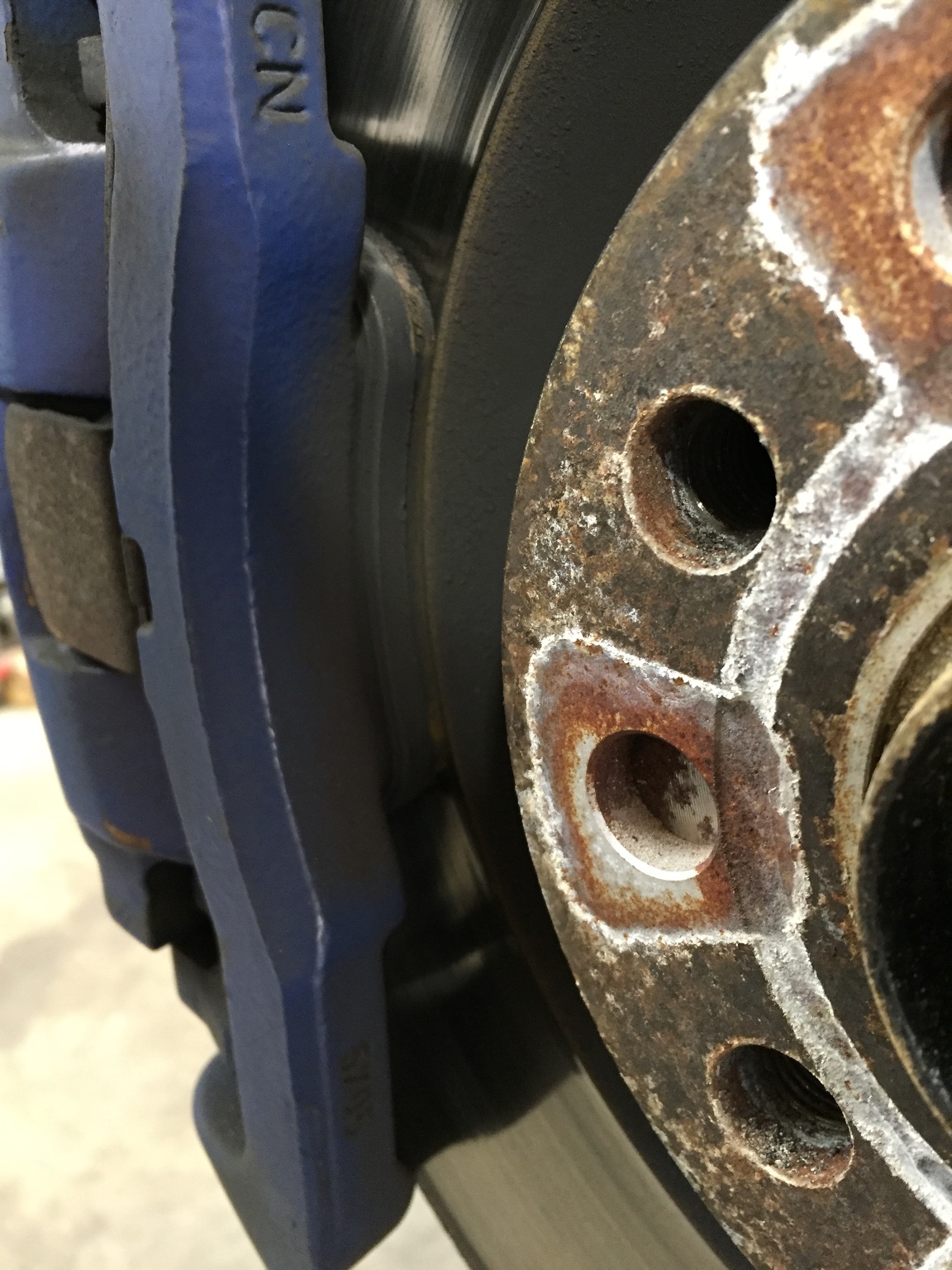 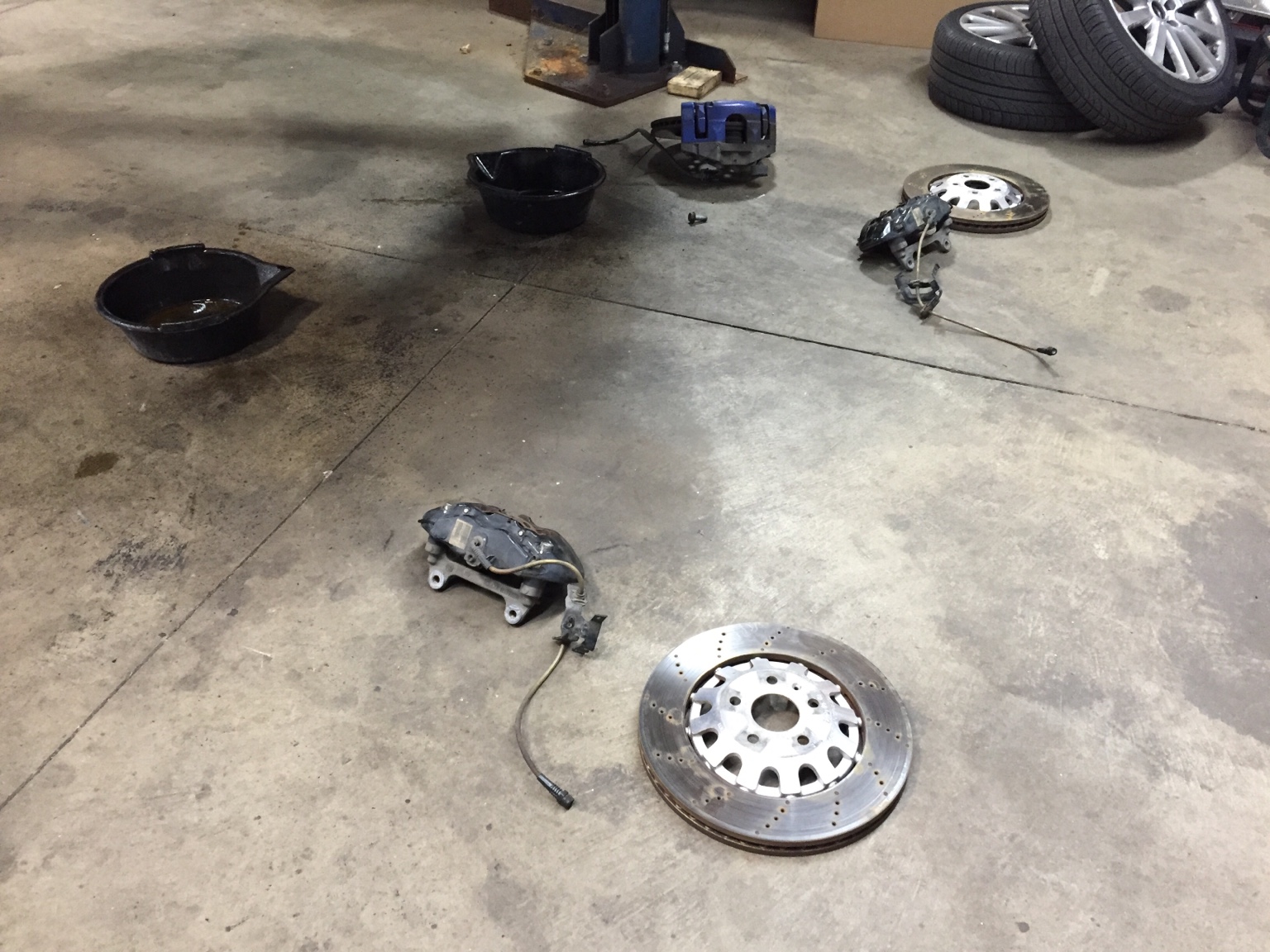 Takeoff TT-RS calipers. Dirty, but I know they were installed on the Mk6 GTI only a few months ago. It's about to be winter, so I just sprayed with brake cleaner and didn't really attempt to clean them up. Future plan - repaint them, remove RS logo and replace with a R logo. 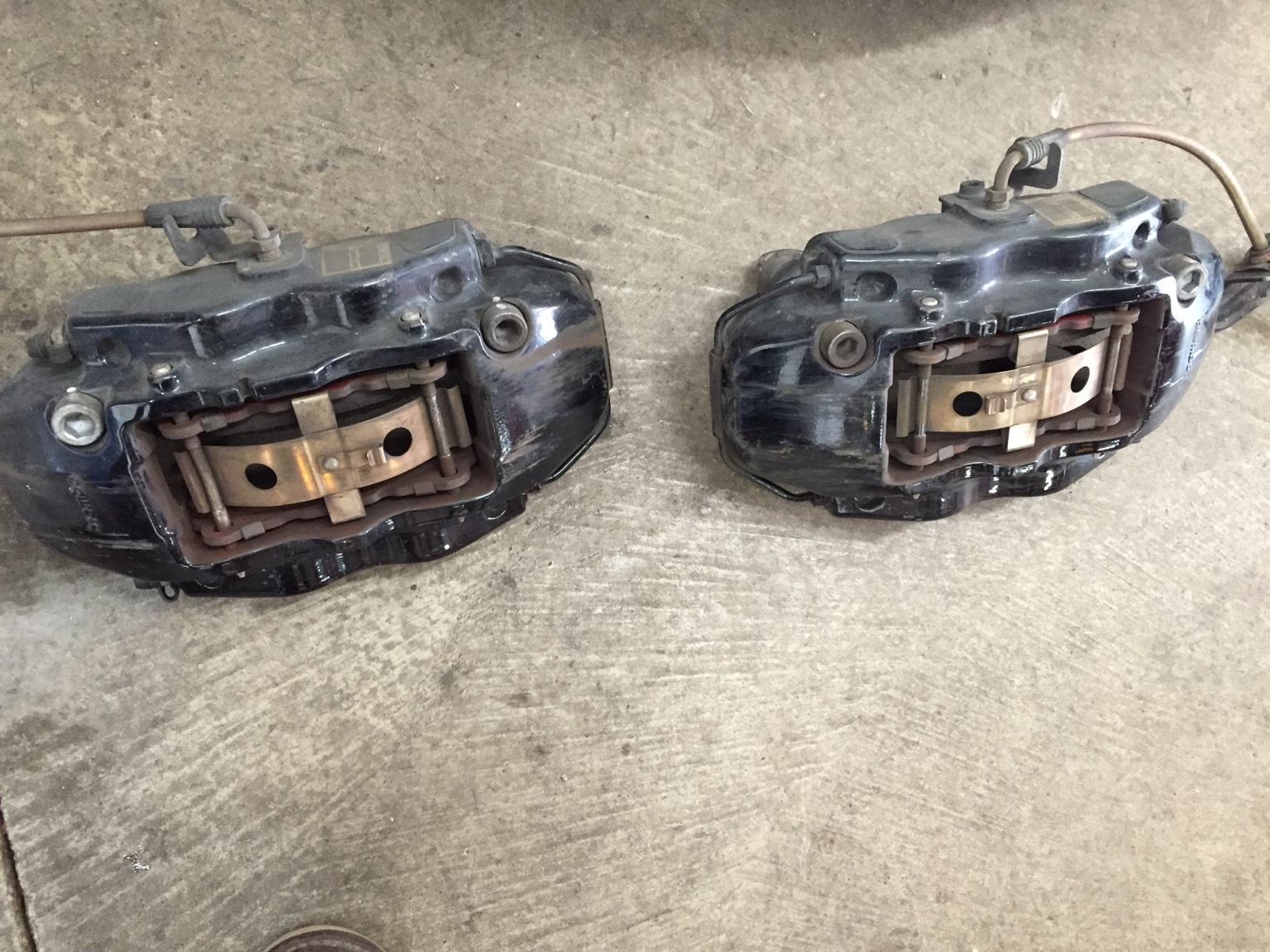 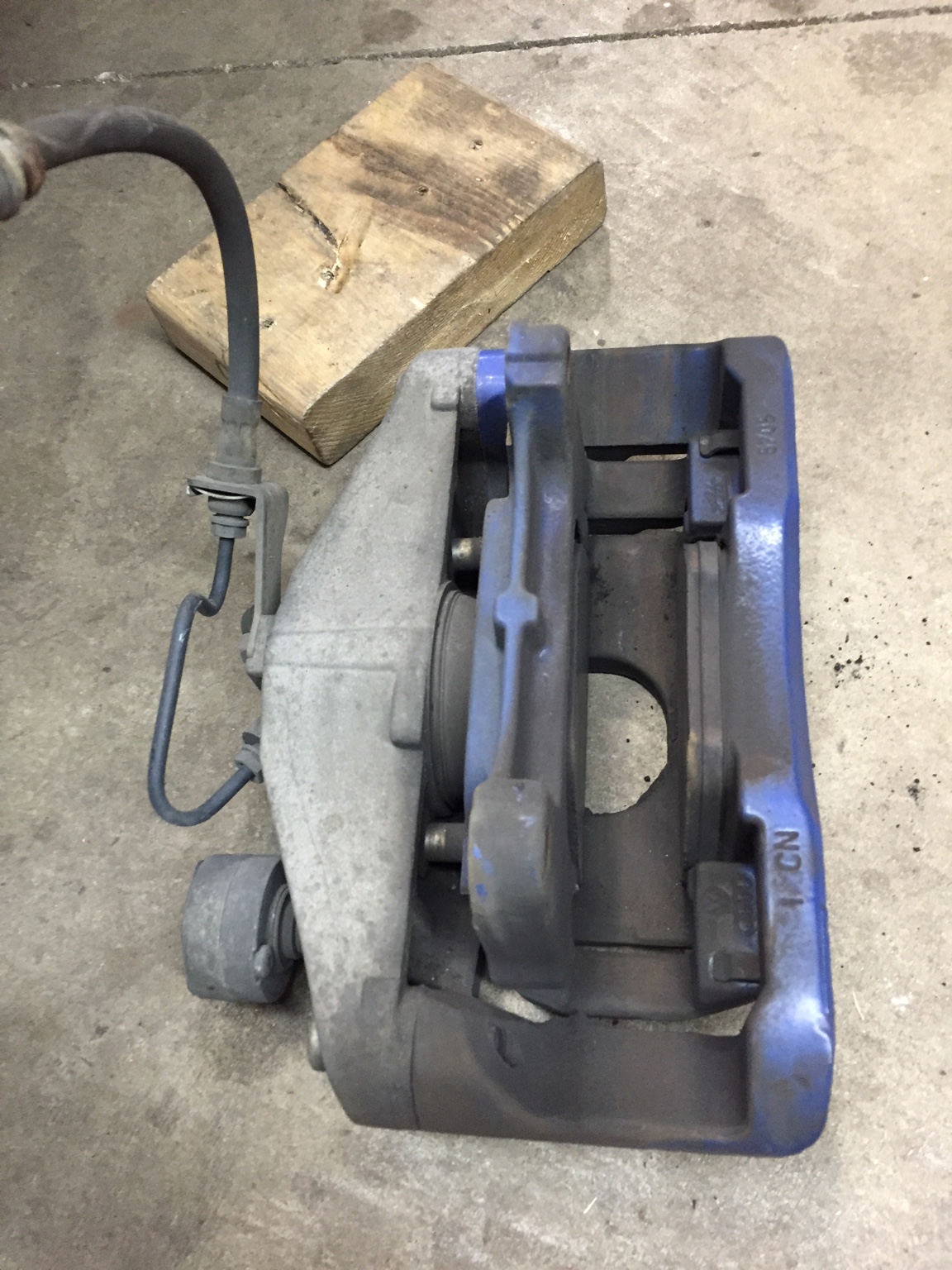 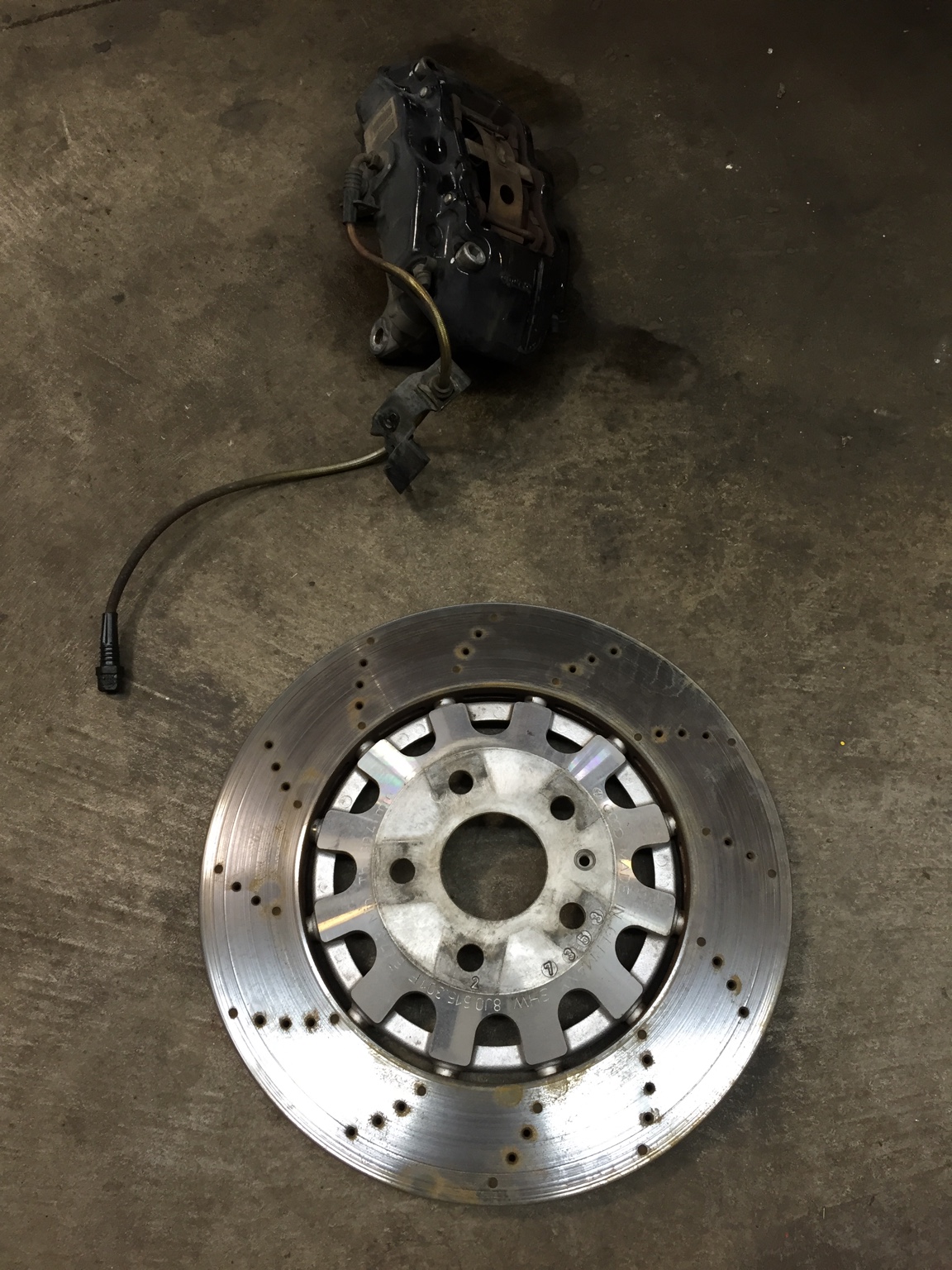 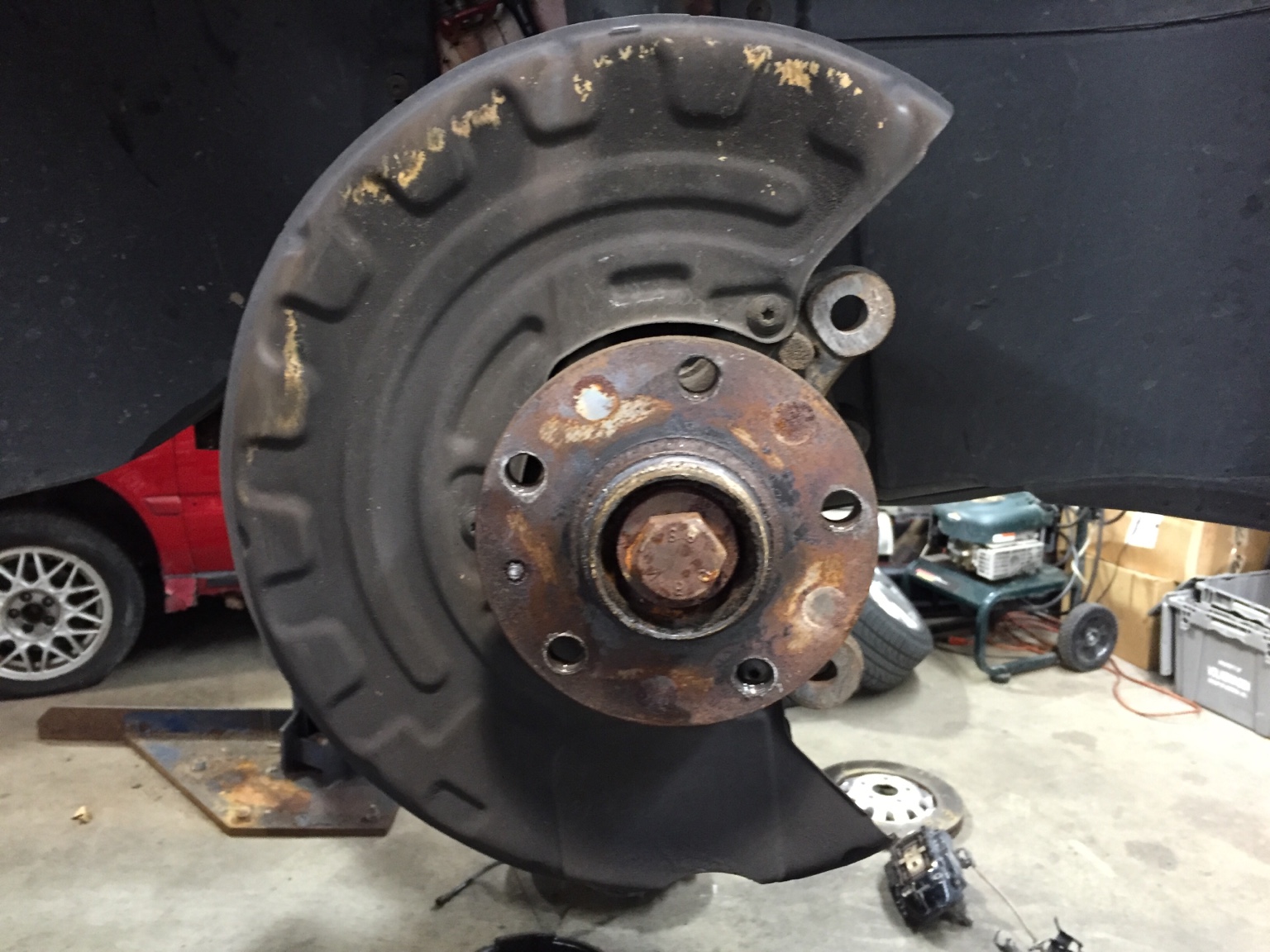 After-hours in a friend's shop. Rotor shows some surface rust - despite cleaning these things rust in minutes until the pad wipes it clean. Had to take a wire wheel to the hub, etc. PO used some nice pads at least. On the other car, I'm just using Hawk HPS pads, which dust like crazy. May experiment with Endless the next time I need a set of pads/rotors. Also curious about a company called Tarox, which I've never heard of before, but makes some interesting looking rotors. Also, because using 10mm spacers to clear the OEM wheels, had a helluva time getting the extended lugs to penetrate the hub properly. 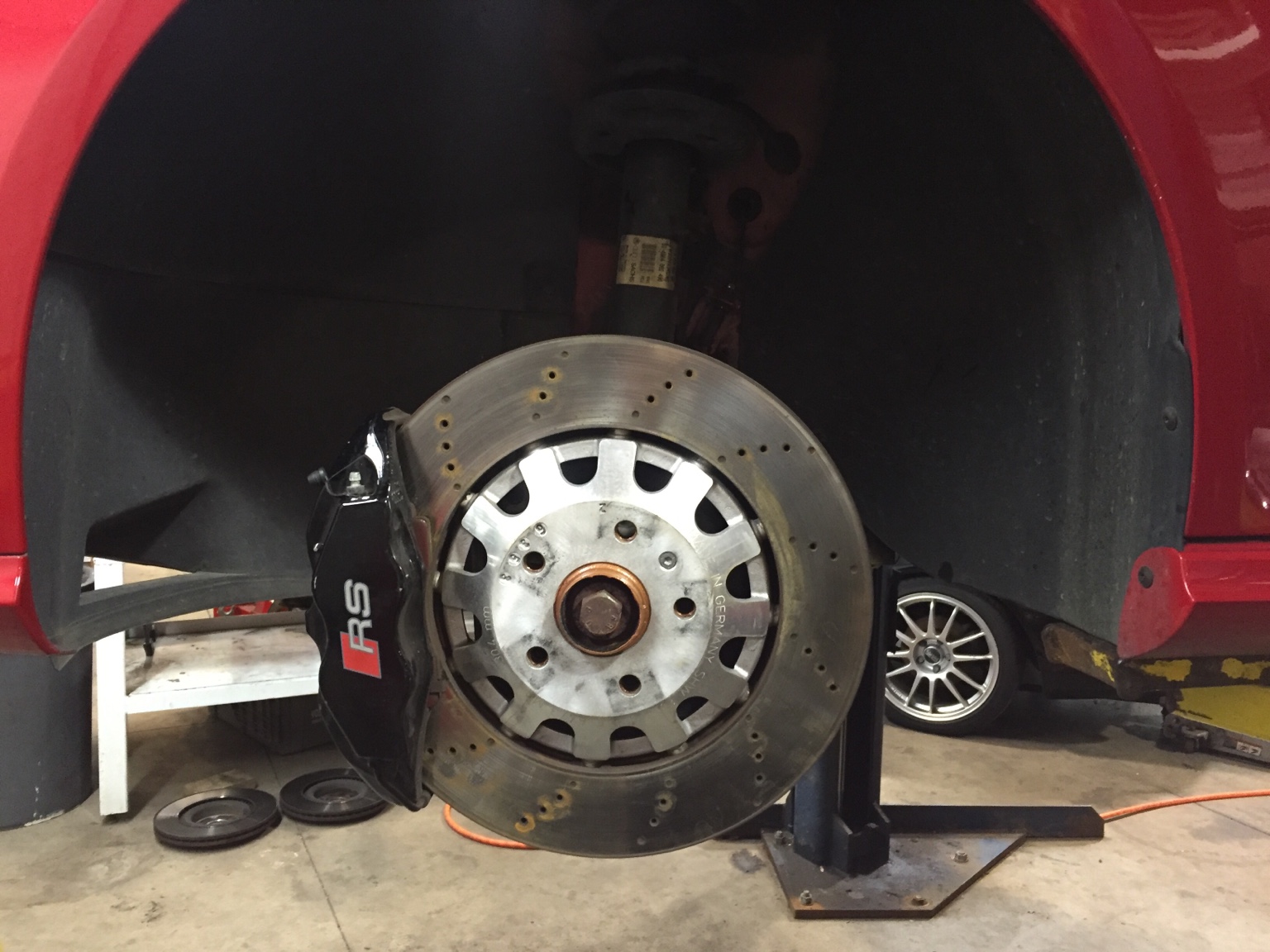 Last second almost forgot about the Coilpacks. Was pretty late at this point but only took about three minutes to swap. 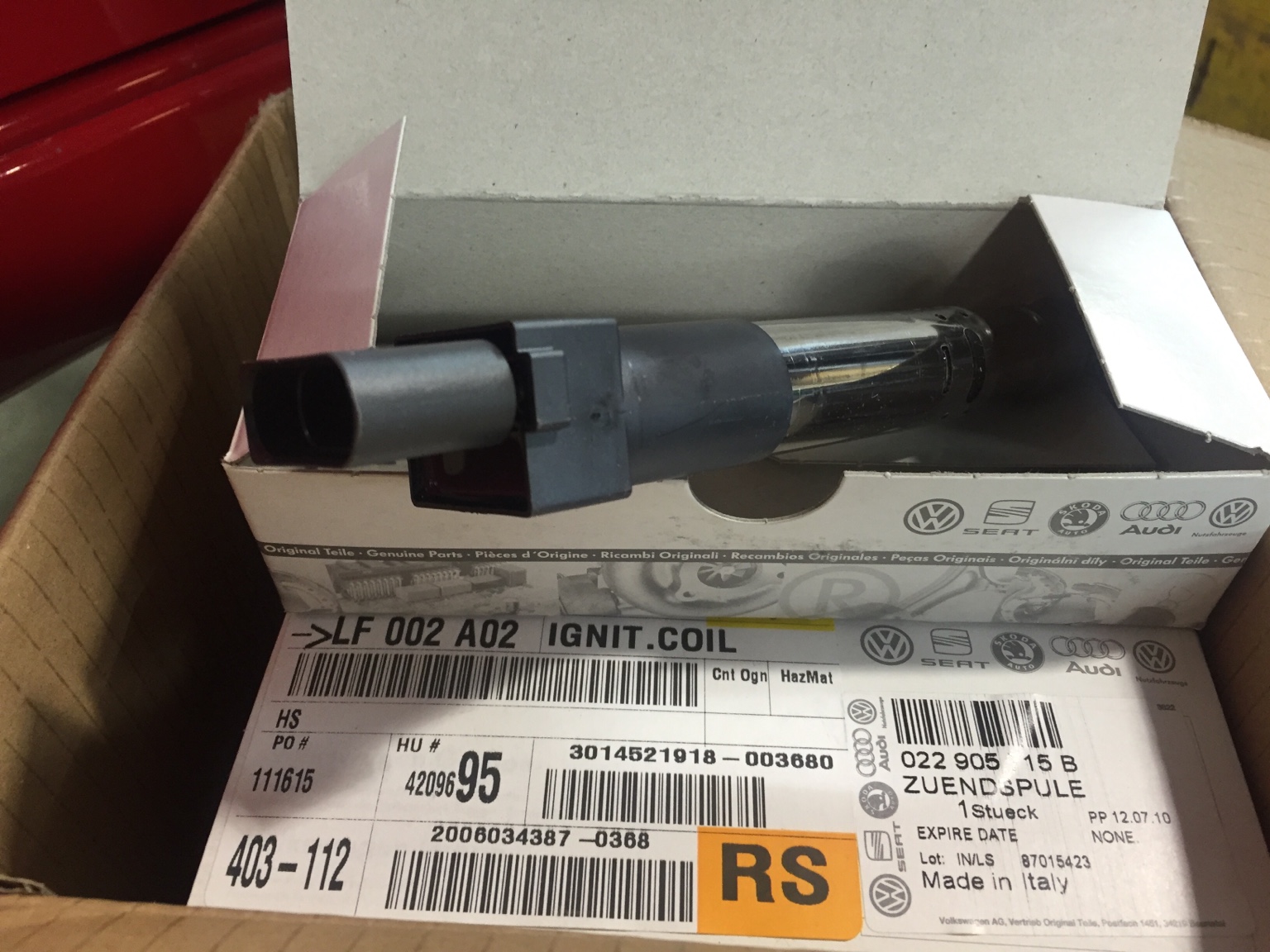 This is the Stoptech kit that the donor car for my brakes installed at the same time. Gorgeous. 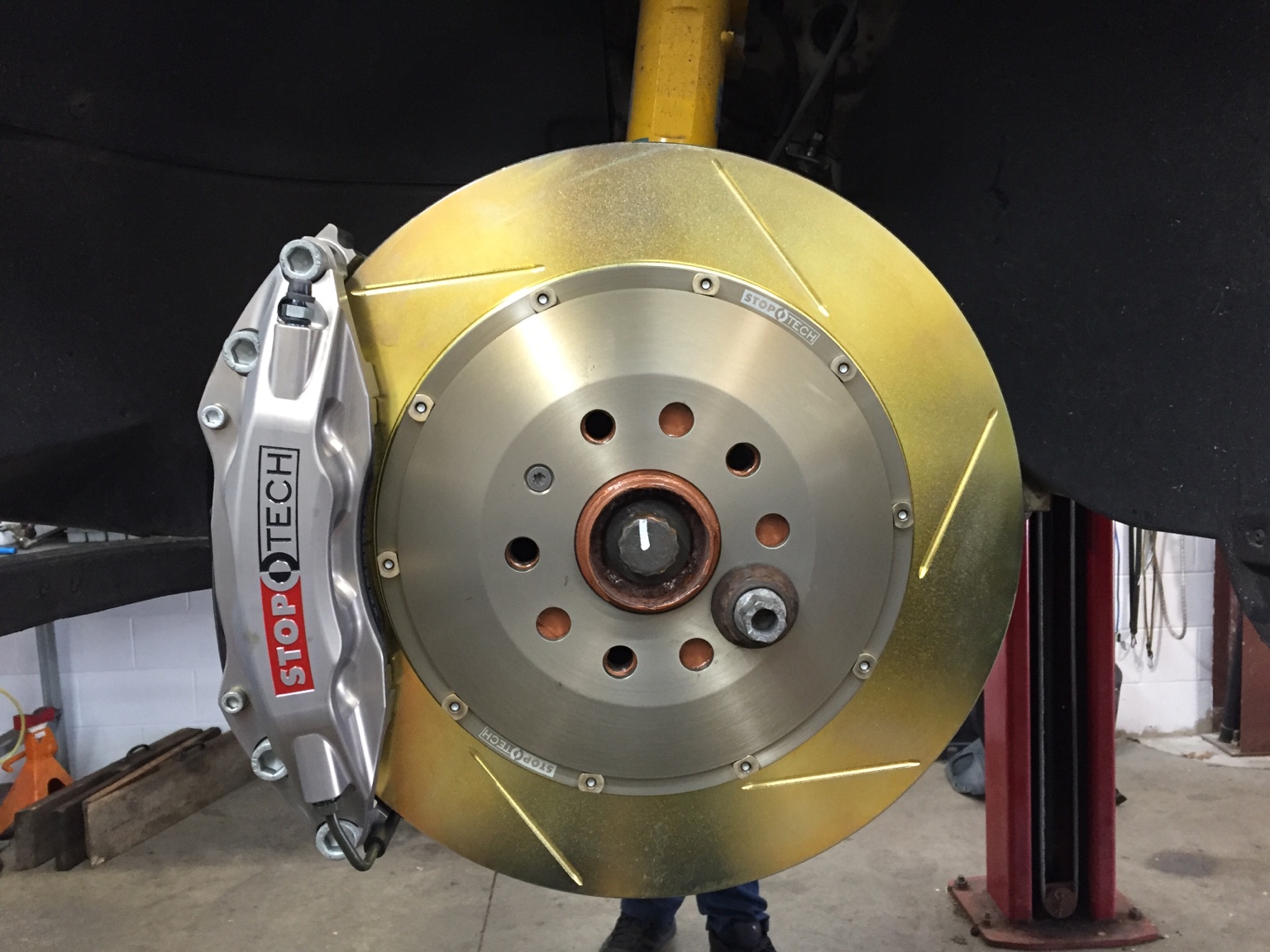 xSabretoothx said:
Welcome!! So what is your review of the TT-RS master cylinder, I've been debating on this, but I've heard very mixed reviews of the pedal response.
Click to expand...

If you have the ~400 laying around and the pedal feel really bothers you or you are driving extremely aggressive, get it. You need the feedback and the adjustment in the full range to apply the brakes properly.

I was fortunate enough to find my first one for the mk6 at cost. I have a buddy who had one installed on a totally stock R32 and he loves the even stiffer response.

For myself, i can feel the difference but it's not a must have, unlike what some people will tell you. It's a nice to have. You adjust to applying more force without the upsized MC or you kinda drive the same with it... Just with a lot more braking force.