Hello and welcome. Introduce yourselves here

gopete said:
Hi everyone, Pete here (hope I'm not the first new member in 2 months ) Mine is Golf Mk6, thinking of buying a car for my parents so that's the first reason I'm here. Have a good day!
Click to expand...

damagi123;2532049 said:
just like god intended. he didnt kill off the dinosaurs for their sweet sweet bone juice to have it go getting wasted by eco-obsessed torque thieves.
Click to expand...

Hello all, name’s Isaac. Just purchased a 2012 MK6 DSG GTI with ~50k on it this past weekend. Currently mulling around the path I’ll be taking with this project. For sure first steps will be cleaning the valves, Cobb AP and I’ll take a look at replacing bushings and mounts with new OEM (will probably upgrade pendulum mount). Beyond that? Well, I️ have a lot of parts in my wishlist at IE. But, not looking to get to crazy yet as the GTI is a wife/husband deal. She’ll need to be indoctrinated slowly into the power.

So, in the meantime and because my 16 Civic is slow as hell, and the 16 Fiesta SE is even slower, I’ve got the GTI to play with.

The built engine. That’s a GTX2871r, but it didn’t spoil like we thought it would after the compression bump, so we went back to a 2867.

Picture of empty engine bay, so you know it’s real.

Well, that’s it for now! I’ll be reading up.

So my whole life I have always had an unhealthy obsession with cars. Its pretty much all I think about. If I had the money, I am sure I would have a collection that would rival Jay Leno. Anyway, for most of my driving live I have owned Jeeps and Lifted trucks. Pretty much anything I drive gets some work done to it...because as everyone knows, stock is boring.

Fast forward to about 6 or 7 years ago.....my brother buys a 09 MKV GTI. He lets me barrow it for a weekend and I immediately fall in love. The way it handles, the way it drives....the manual gear box. Everything. I had always liked hatchbacks but I had no idea Volkswagens were so cool. Then a few years later he steps up to a MKVI Golf R.....and then at that point I'm pretty much sold.

For the next few year I own various Jeeps and have really fell in love with the Jeep culture. However, due to my job, I am sent to northern California and need a car for primarily commuting and blasting down the highway. I don't know about you, but when youre in a lifted Jeep on 35s with gears, lockers, suspension and tons off of road armor....you aren't really doing well on gas and youre not making great time.

So the decision was made to finally buy a GTI. I ended up purchasing a MKVI 4 Door GTI in CW. It was listed as a Wolfsburg/drivers edition and is a 6 speed with the NAV/Sunroof combo and the bi-xenon headlights.

...man I love this car and I'm just getting started. I cant wait to really put some time and money into it and make it mine. 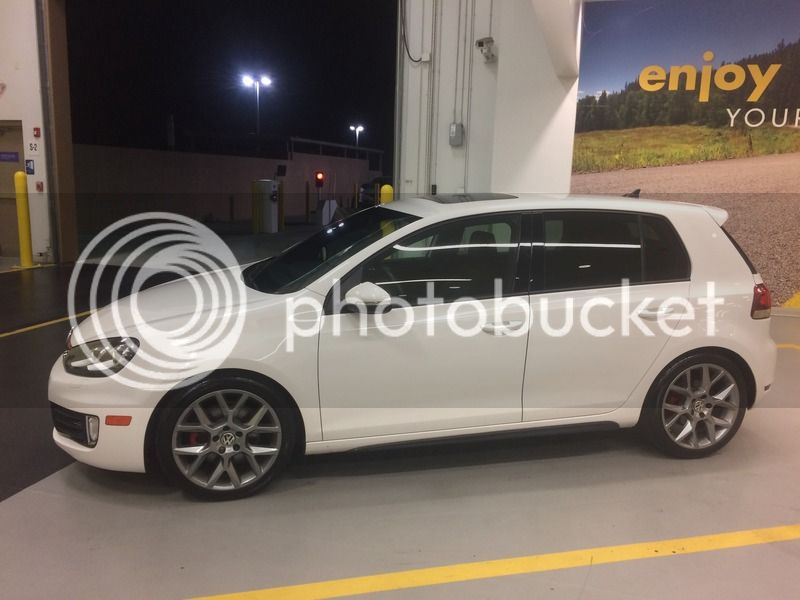 Just Purchased a 2012 mk6 with only 2,000 miles on it. Only question and mod i want to do to it right now is put some Laguna/Watkins Glen wheels on it.

Does anyone know where i can find some reps of those wheels or even some used ones for under $800?

I guess I should finally say hello as I've been a member for a few years, but only recently started posting since my car was stock when I joined and didn't have much to post about.

Hello, I've had my Golf R for about a month now. I'll post pics after I've washed it (she's dusty from some rain).

Old member from MK6. Last car was a 2012 K04 GTI with everything possible added to it.

New car as of October is a 2019 GLI 35th Anniversary DSG. Looking forward to black Friday to throw some parts at it.

Greetings and salutations. Lovely forum you have here (really though).

Longtime car fan, though I act like I know more than I do (I need to work on that...). Growing up my grandfather instilled a love of Porsches in me, and that translated into Volkswagen on my end. Wanting a practical car that is still fun to drive lead me here. I'm on my second GTI (the first one was brutally murdered by a middle-aged woman while it was parked), and enjoying every bit of time with it.

...And my name is Sam, use it!
Half-decent build thread | Custom DSG Paddles
W

new member here with a 2015 GTE. From Scotland in the UK.

Having been browsing the forum for a few weeks now and have seen some mods I am going to be doing over the next few months .

Thanks for having me.

new member here with a 2015 GTE. From Scotland in the UK.

Having been browsing the forum for a few weeks now and have seen some mods I am going to be doing over the next few months .

Welcome to the forum and thanks for joining. The more members we get the more the knowledge base grows. ?
TPC20, full bolt ons, EQT dyno tune.
D

Hy all!
New member here all the way from Croatia, Europe. half a year ago I bought a Golf MK7 R, imported it from Denmark. One month later is38 decided to give up on me, so I turnd to TTE470 turbo, Wagner ic and corrently doing with Mabotech to finish my tune.
Hope to have nice time here and to learn a lot! 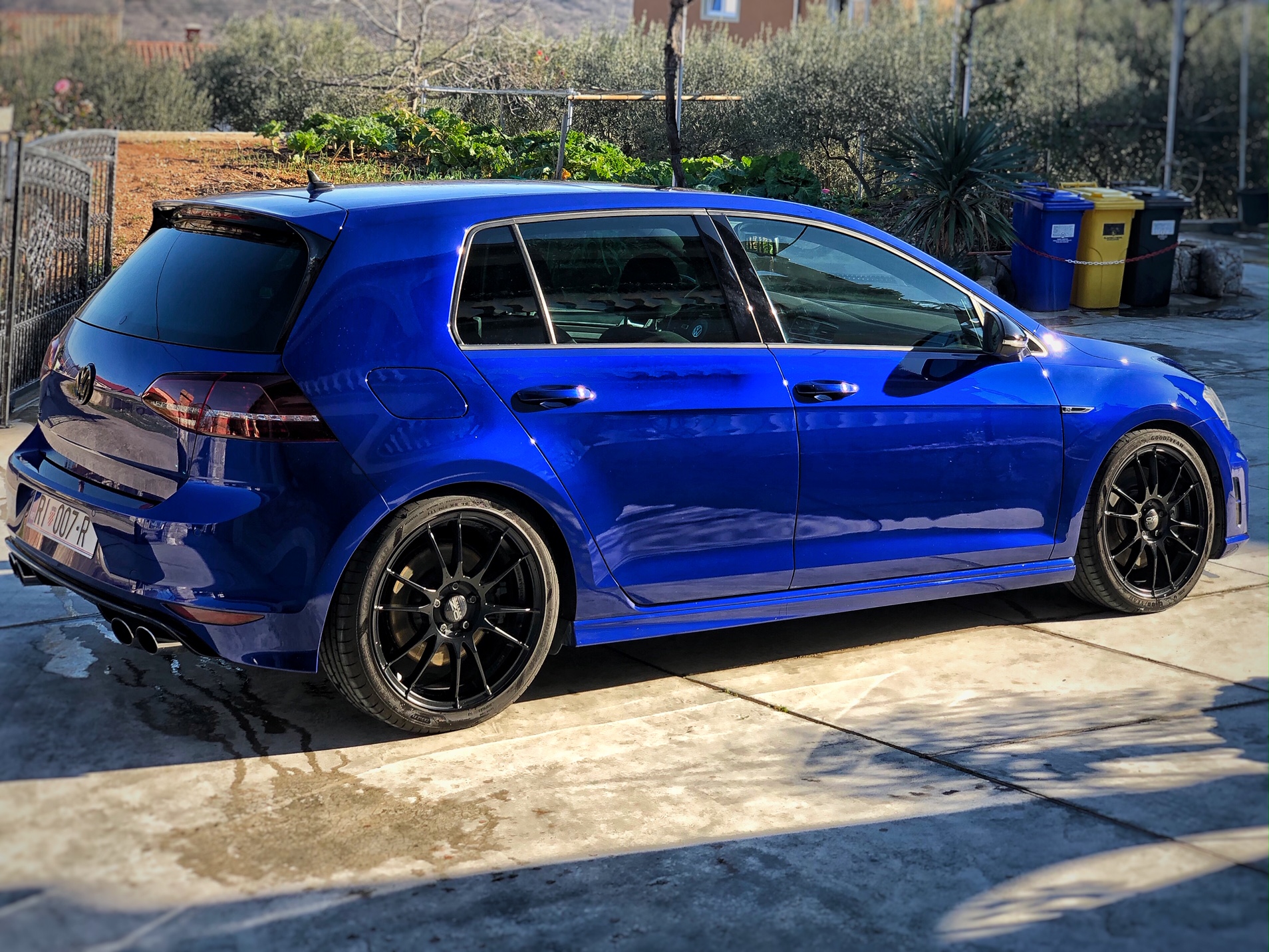