Wrapping your goods? Make any difference?

I know that on a lot of the older V8 cars you wrap you headers with insulated exhaust wrap to keep engine temps down, Ive done this and had it work, and it actually kept the interior temps down as well. Ive also heard of people wrapping their intake pipes, theres a lot of pipes in a modded GTI that we can wrap, but the question is, would it do any good?
Exhaust
Wrapping the first half of the downpipe could help keep engine bay temps down, but would it have a negative effect on your cat? ie increased temp inside the exhaust burning it out?
Intake
Ive heard of wrapping your intake, keeping the heat from your motor away from the cool air coming in. Other than it not looking the best, I dont see any downsides.
Intercooler
Of course you would want to leave the actual fins of your intercooler exposed for cooling purposes, but would this be true of your intercooler pipes? Should you wrap them to keep them cool, or leave them unwrapped to let them cool down?

Your Doctor;725057 said:
Always remember to get regular cam follower exams, because if you wait too long, it can lead to internal damage, and friction, can happen to anyone. So dont live life wondering, get your cam follwer checked today.
Click to expand...

[SIGPIC][/SIGPIC]​
This forum is a lot like swallowing change, you have to sift through a lot of crap to find something thats even worth two cents.​

I wrap my goods for safety.
D

so what would you use to wrap it with to reduce heat?
L

.. well there are other things then just that. that would be a mess and a pain

i bought a thermotec turbo kit haven't had time to install it yet.
SIGN MY SEARCH BUTTON PETITION - Hex-CAN usb Vagcom in the GTA i pwns all .::. KM Count: 140041

i dont see a point to wrapping the intake on our 2.0t's... im not sure but wouldnt the turbo just compress the air making it hot again? so like whats the point? someone wanna fill me in?

maxmonster said:
i dont see a point to wrapping the intake on our 2.0t's... im not sure but wouldnt the turbo just compress the air making it hot again? so like whats the point? someone wanna fill me in?
Click to expand...

you can put more volume of air in the intake if its colder i guess... even if aftere the turbo heats and expand it it will be more air in the end sucked by the intake

I would think wrapping the intake would help keep heat out, but dont know how much of it.

I have head of some peopling wrapping part of the downpipes to keep the bay cool...once again you would have to be running pretty hard for good time to see some major improvements.
Ankeet
2006 MkV GTI Tornado Red

The principle with wrapping exhaust piping is that you keep the kinetic energy (heat) of the exhaust gas in the piping rather than having it heat soak the pipe radiating outwards. This keeps the exhaust gas moving as fast as possible, thus helping to eliminate back pressure even further and creating a quasi-scavenging effect at the exducer of the turbo.

All of this means quicker spool and more power potential.

The other obvious benefit is less heat radiating into the rest of the engine bay which would then heat soak everything else. The more the heat of the exhaust gas is aloud to radiate into the piping and outwards further, the slower the exhaust gas will flow. When the wrap is applied properly, you can see up to a 70% reduction in radiant heat.

Similar effects can be seen on naturally aspirated cars as well and it's been dyno tested many times. (I'll try to find some graphs) Many people won't see gains when doing this on bikes, however, because the changes to the flow of exhaust gas usually requires that you re-jet the carbs afterwards, so there are more changes involved than the wrapping alone so it's dificult to gauge finite benefits.

On bikes, because the exhaust is usually routed right next to the rider's legs, the thermal insulation properties can help prevent injury to the rider as well. 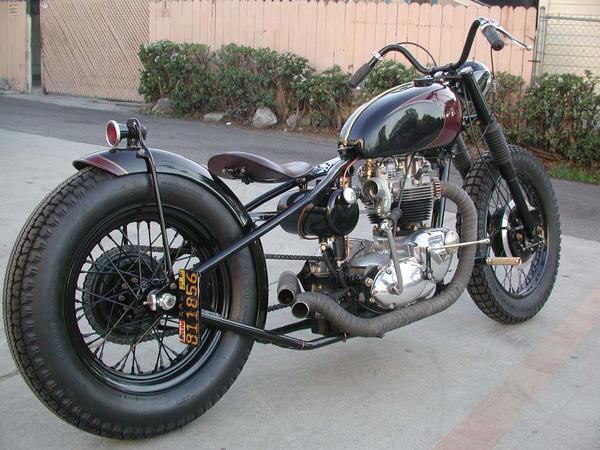 I quite literally noticed an increase in power going from a non-wrapped downpipe and test pipe on my Evo to having wrapped both with no other change to the car. I don't recall the last time I had my butt dyno recalibrated, but driving that car every day, you knew when something was different, and I legitimately felt a change. There seemed to be an increase in power, and there was less resonance from under the floor of the car and the exhaust note out of the tip seemed a little louder. Ceramic coatings like Jet-Hot and SwainTech do the same exact thing, just in a different way. The coatings also keep the heat inside the piping rather than letting it radiate outwards, but there are different coatings for different applications.

If you put a 800 degree coating on a turbo manifold, though it might seem to be rated high enough and works fine for a naturally aspirated application, it will begin flaking off after only a couple runs. You need 1200+ degree coatings for turbo applications, and even those are iffy at best sometimes in terms of longevity. I have seen 1200 degree Swain-tech coatings (arguably the best) flake off too.

The principle behind the wrapped intake is similar. Keep the intake pipe insulated so that the cool(er) air being picked up at the filter behind the bumper grill isn't heated up by the pipe as it nears the turbo inlet. 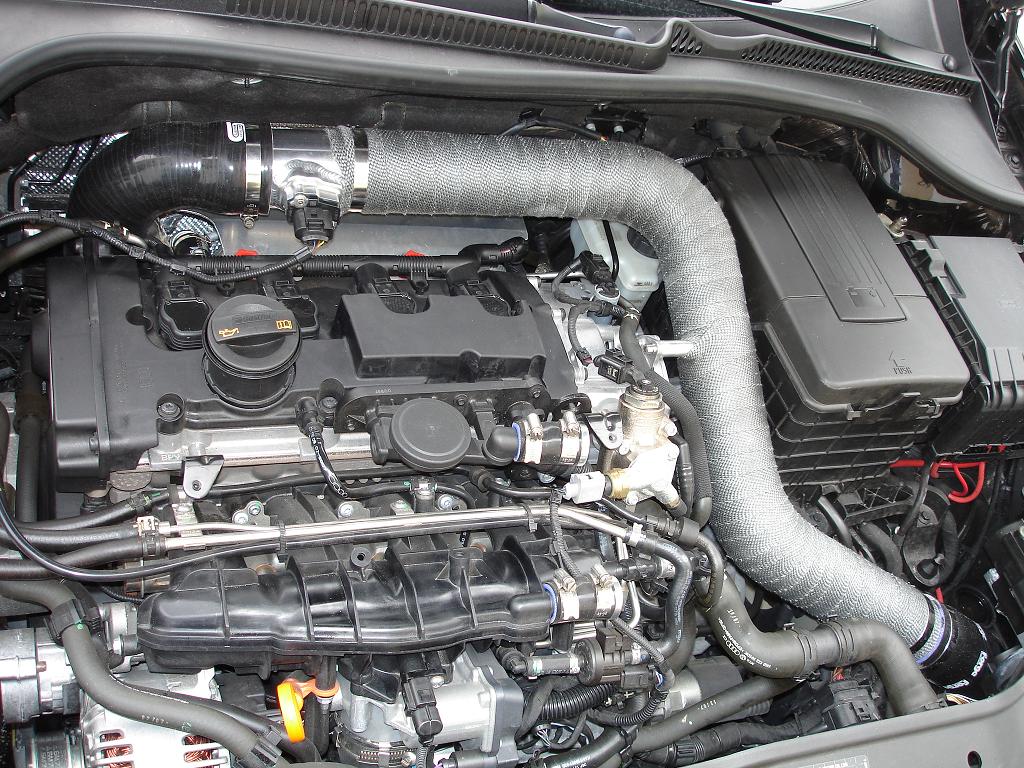 Gold thermal radiant foil has the same affect but to a much higher degree as gold is the most heat reflective metal on Earth. Many race cars use sheets of it to laminate the firewall to prevent radiant engine heat from entering the cabin. I've seen it used on intakes and intercooler piping too, but the photos are on another computer. 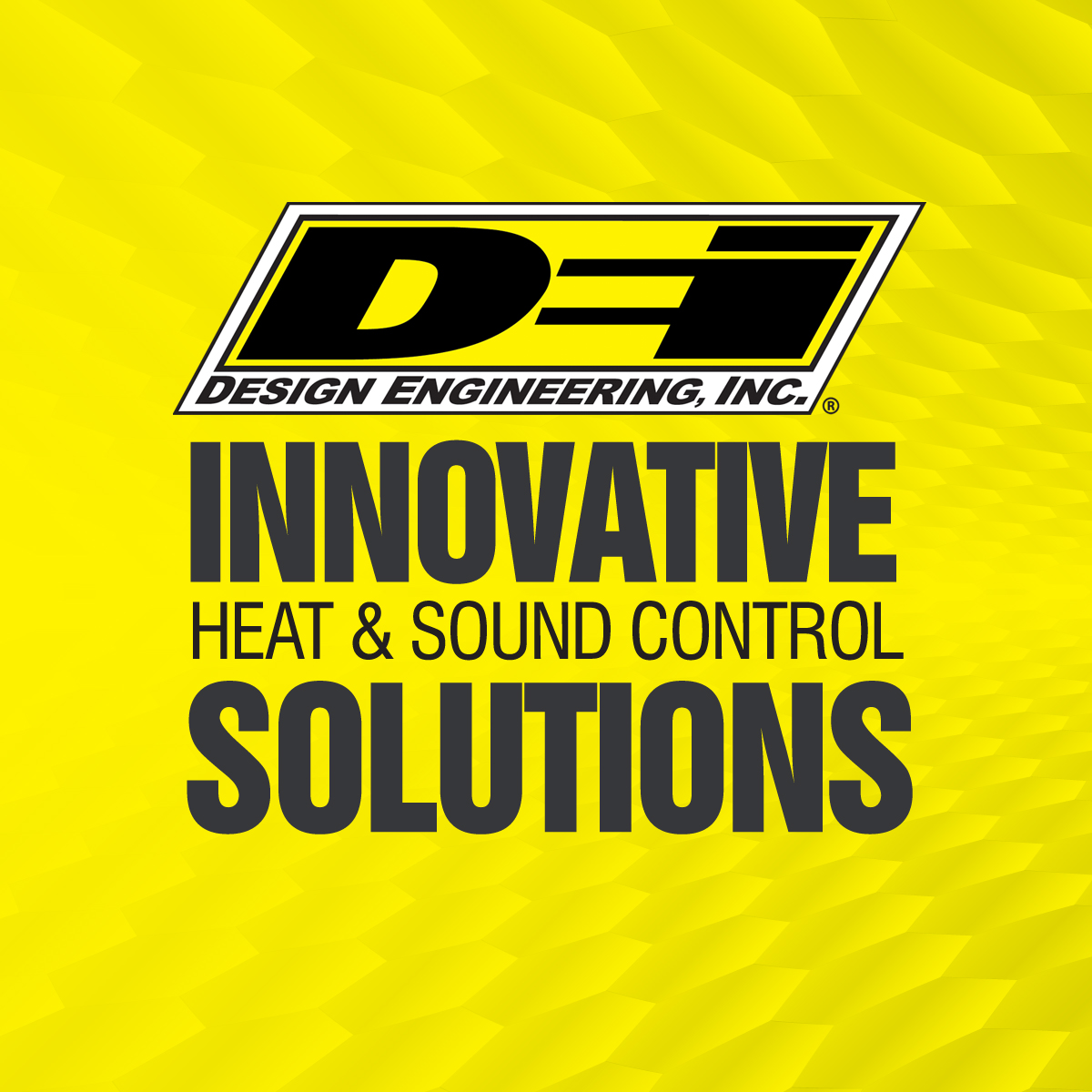 Many people argue that wrapping can lead to corrosion on the piping due to water being trapped in the wrap, but this arguement hasn't ever been proven from what I have seen, except in the cases of mild steel or aluminized steel piping having been wrapped.

If you're working with stainless steel piping, little to nothing is going to happen. I laugh at the idea that the wrap "traps" water and causes the piping to rust. The piping is still going get hot, and the wrap heats up with it, so any water that touches it is still going to evaporate almost immediately anyway, so there won't be any long term negative effects from water corrosion. The quality of the metal plays a bigger part in corrosion than the wrap itself.

The exhaust on my Evo was wrapped for over two years, and everything looked just as good as the day I wrapped it. (Yes, I checked it before selling the car.) The exhaust was polished stainless steel, however.

Here is a DIY guide for wrapping an exhaust on a bike. The same exhaust methods are used for a car exhaust.