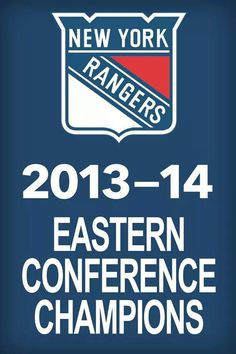 Lets discuss the arms race in the AFC East....
iphone>android​

Lets discuss the arms race in the AFC East....
Click to expand...


Looks like Tom Brady might have some legit competition this year. The Jets and Dolphins are both making some moves, and I'm loving it.

The Jets have added a pretty legit #1 receiver who has proven to preform at the highest level in the biggest moments possible in the past in Holmes. After his 4 game suspension is over I think he's really going to help out Sanchez having him and Edwards on the other side. Edwards has been inconsistent at times, but maybe Sanchez will improve some more this year having both of them. Last year Sanchez looked to be the Jets weakest link at times giving away games with bad decision making and bone headed throws. But what rookie doesn't have his share of those. And despite the Jets running game protecting him for a majority of the season (I remember over a 3 game stint he only completed a total of 28 passes combined), he showed he could make some big throws and showed signs of growing up a bit. He's still very raw though. So I think the addition of Holmes will help a bit.


I think the addition of LT is a downgrade though, and the leagues #1 rushing attack will feel it a bit.

Thomas Jones lead the league in rushing last year and had double the yards LT had in 2009. That will be hard to be replaced by an 'older' back who is at least 2-3 years past his best years. Shonn Green showed signs of brilliance and will be the featured back, so LT wont have to take that beating, but Green has never proved if he could handle the load of a #1 NFL back for a full NFL season. It's going to be interesting to see how well the Jets run the ball this year. And the O line is amongst the best in the league starting 5 for starting 5. But they are VERY thin behind the starters. The Jets got a nice streak of luck last year with none of their starters suffering any injuries, but that rarely happens 2 years in a row.

And Antonio Cromartie isn't even worth being mentioned IMO. The guys been non existent the last 2 years, and is one of the worst tacklers in the NFL since his 'hip' injury. Same pretty much goes for Jason Taylor. Guys been in ghost-ville the last 2 years. 10 total sacks in his last 29 games for a guy who just watches running back go right by him?? Might still be an improvement over Vernon Goldstein though. :bellyroll:

The 'Fins have been very active too. They've picked up probably the two best players out there this year and added one to each side of the ball in Marshall and Dansby. Not something the Parcells regime is known to do too often. But this will really help out Chad Henne, and provide some nice balance on offense.

I can't imagine what their running game is going to be like now that other teams won't be able to stack 8 in the box! They might take the Jets #1 spot honestly with Ronnie and Ricky pounding the rock behind another one of the leagues best (and deepest this year) offensive lines. I think they swapped back and forth for most of the season last year. Brandon Marshall really opens up the second level for Ronnie and Ricky to get some more of those 'chunk' yards. Plus he brings his own dynamic to the offense with his blocking ability, hands, size, and physicality. Look for this to be a huge shot in the arm for Miami's offense this year.

Dansby actually adds a lineback to Miami that can stop the run for once! A huge upgrade over Joey Porter for years to come. Something that defense really needed.

They really need to fill the safety position somehow though. A good safety will really help out the young but very talented corners in Vontae Davis and Sean Smith. They had very little over the top coverage last year, and got burned a couple times because of it - even when it wasn't always their fault. This will be a key to the Dolphins defense this year. Mike Nolen is much improved over the old defensive coordinator Pasqualoni, so I'd look for this to become a strength for this team.

And since Jason Ferguson is going to be suspended for the 1st 8 games, they're going to need to fill his 'huge' shoes probably by drafting a NT. The back up they have now is OK, but a NT in a 3-4 D can be a game changing position with the right guy.


Should be a fun season to watch. Might be one of the best divisions in football if it wasn't for Buffalo.

I hope the Dolphins can put it together.

On another note, Jax just made me scratch my head. I am a Fins fan in Jax so I am starting to pay attn to the Jags but they just make me not want to be interested in them at all.
Gabriel
http://burntgauge.webs.com/

All i know is that the 49ers just ugraded there O-line, giving Alex Smith more time in the pocket.

Im eager to see what damage we can do in the NFC West.

You can't win (get) to the superbowl if you can't score a touchdown. Jets D & falco fuck ups (everywhere) kept the game close.

cromartie gets penalties as easy as he has kids.

Look out for the Jacksonville Jaguars!!
Go Jaguars!
[SIGPIC][/SIGPIC]

god I hate the Patriots so much. Almost as much as the Jets. I really effing hate the Jets.

HyeWarrior;2852809 said:
Thats why I would drag my dick through a mile of broken glass just to hear her fart through a walkie talkie
Click to expand...

the jets aint bad but FUCK the pats. I hope Brady breaks his ankle on the way to fuck his hot girlfriend. And get a haircut you retarded hippie. and btw, the Bills suck ass. Worst franchise ever! Rutgers would have put up more of a fight against the jets than they did sunday.

lol so funny to read peoples thought and predictions like pro's and they were just way out in left field wrong, lol.