He was about 10 seconds away from signing a contract to run NASCAR full time before the Lotus deal came through. I'm hoping he still does this when he gets bored with F1 again.
Click to expand...

I'm sure youve seen this:

Possible protest? This had been discussed during the race.

The Lame & The Ludicrous

(CNN) -- Formula One boss Bernie Ecclestone has revealed that the inaugural Grand Prix of America in New Jersey will not take place as planned next year, saying the organizers have not raised enough money to fund it.

Raced at 20 circuits around the world, F1 is equivalent to the world's fourth largest economy in monetary terms.

The final 2014 calendar will be approved by motorsport's governing body, the FIA, in December but new races need to have financing in place by now to ensure their plans are on track.

It was recently revealed that the Grand Prix of America organizers appointed investment bank UBS in June to raise $100 million which is required for the race to go ahead.

But Ecclestone told CNN that they have run out of time.

"It's not on the cards for next year," he said, adding that the problem is "they haven't got any money."
However, Grand Prix of America spokesman Alex Howe insisted they expected the race would go ahead.

"We don't comment on financial matters but we are on track for 2014 and will have a statement following the announcement of the official 2014 FIA Formula One World Championship schedule," said the spokesman.

The race was planned to take place on 3.2 miles of public roads in Port Imperial, a district in the New Jersey towns of West New York and Weehawken. It snakes alongside the Hudson river and would give the race a spectacular backdrop of Manhattan's historic skyline.
It has already been postponed once, having been initially scheduled for June this year. The wheels started to come off in August 2012 when Tom Cotter, the president of the race, unexpectedly resigned.

Ecclestone put the brakes on it later that month when the organizers missed payment deadlines in their contract with the F1 Group. The Grand Prix of America is the only new F1 race for over 15 years to be dropped from its slot on the calendar.

It is also a rare example of a race which was given an F1 contract without having the required funding in place. The most well-known previous example was that of English circuit Donington, which had a 17-year contract to host the British Grand Prix from 2010. Instead, the race stayed at Silverstone after Citigroup failed to raise the £135 million ($210 million) required to fund necessary improvements to Donington.
Ecclestone said the situation in New Jersey "is like Donington all over again" and added that "it is such a muddle and a mess that it is not worth doing."

He said he originally signed the deal because he believed that the race's promoter -- Leo Hindery Junior, managing partner of private equity fund InterMedia Partners -- would be able to raise the required funds.

"The guy is a multibillionaire and is well-known in New York," Ecclestone said.

Grand Prix of America spokesman Howe declined to comment when asked for a specific response to Ecclestone's view that the situation in New Jersey was in disarray.

Construction on the New Jersey site is well under way, and last year three-time world champion Sebastian Vettel and former F1 driver David Coulthard drove demonstration runs on the circuit for the Red Bull team. However, a lot of the work has focused on the pit building in a new block of garages which was already planned to be built.
The plans are close to Ecclestone's heart as he has been trying to hold a Grand Prix in the New York area since the 1980s. He has already provided more support to the New Jersey race organizers than their rivals usually receive.

After tearing up the original contract last year, Ecclestone signed a new 15-year agreement in May when the organizers agreed to hire Chris Pook, one of his close confidantes and former chief executive of F1's American motorsport rival IndyCar. Pook works alongside Hindery, who was the first investor in the race.
In 2011 Hindery provided the initial $10.3 million investment in race organizing company Port Imperial Racing Associates (PIRA) and obtained an additional $10.1 million loan.
In April this year the F1 Group itself provided the company with a credit facility personally guaranteed by Hindery, but it still needs $100 million to get the green light.

The downside is that there is no asset for investment to be secured on, so the budget for street races is usually supplemented with state funding. However, Hindery has confirmed that no public money will be used in the project.

The race is part of F1's strategy to break into the lucrative United States market, which is dominated by local rivals NASCAR and IndyCar.

Gaining a foothold there is understood to be an important part of revving up the stalled plans to float F1 on the Singapore stock exchange.
Stateside television coverage of F1 moved this year to the sports division of NBC, the oldest major broadcast network in the U.S., and the U.S. Grand Prix returned to the calendar in 2012 after a five-year hiatus.

It takes place in Austin, Texas, and a further race in California is also under consideration.

Losing the New Jersey race could cost F1 more than $375 million across the duration of its contract, as the annual fee has been estimated at $25 million with a small escalation every year.

However, the investment opportunity overview produced by UBS in June states that the Grand Prix of America contract gives the organizers "exclusivity for all F1 races across the northeast corridor" so the vacant calendar slot could be filled by another new race in the area.

Ecclestone is also known to be in discussion about a Grand Prix in Mexico City, which would also plug the gap left by New Jersey.

Meanwhile, in other F1 news Friday, world champion Sebastian Vettel set the fastest time in practice for the Belgian Grand Prix at Spa.

Romain Grosjean, in third for Lotus, was almost a second slower in the afternoon session, while Britain's Lewis Hamilton, who won the previous round in Hungary for Mercedes was only 12th quickest.

Vettel achieved his time despite missing the last 20 minutes of the session with a rear puncture which left the tire shredded.

Two-time world champion Fernando Alonso of Spain was quickest in the morning runs for Ferrari in wet conditions. 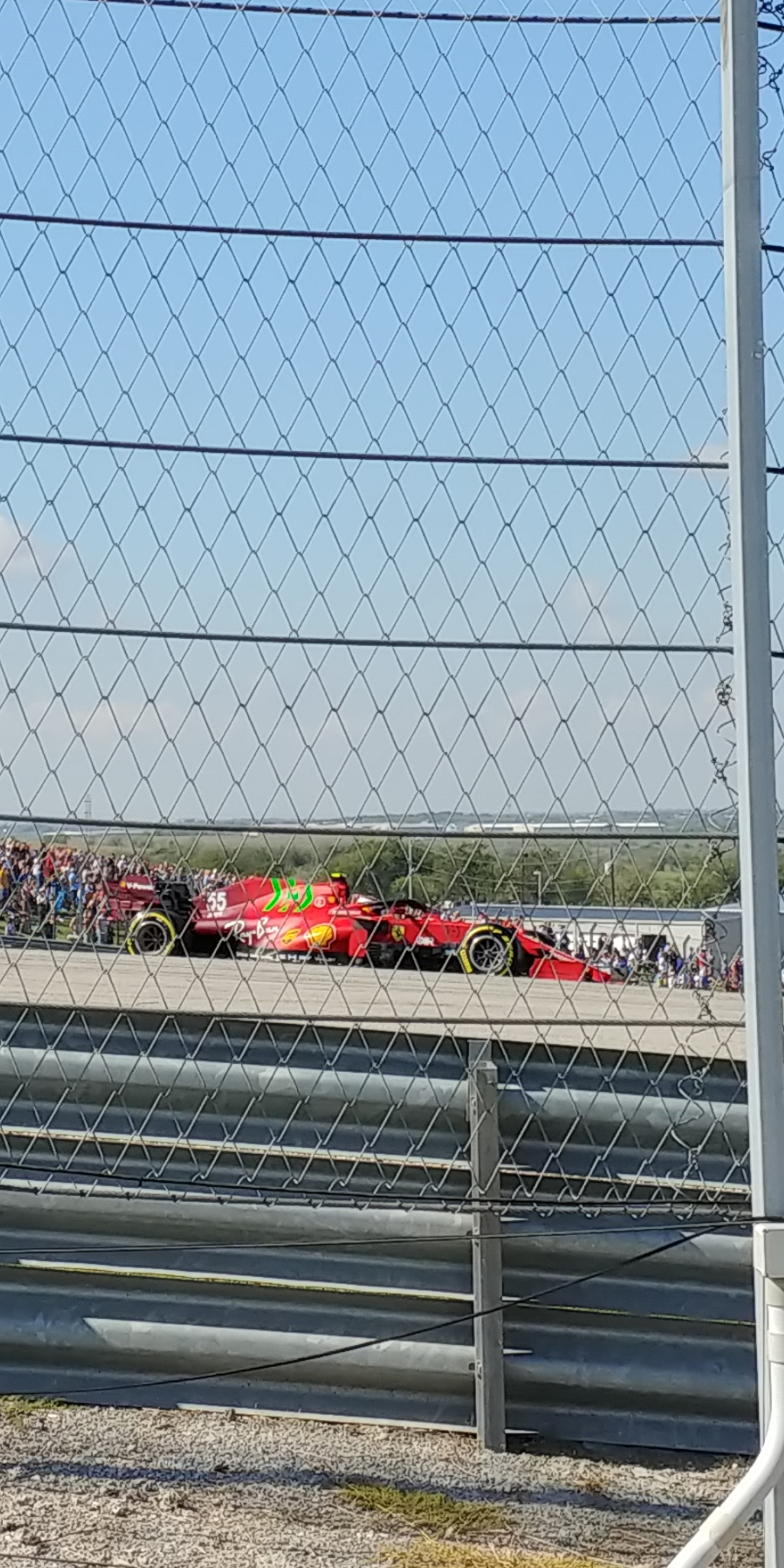 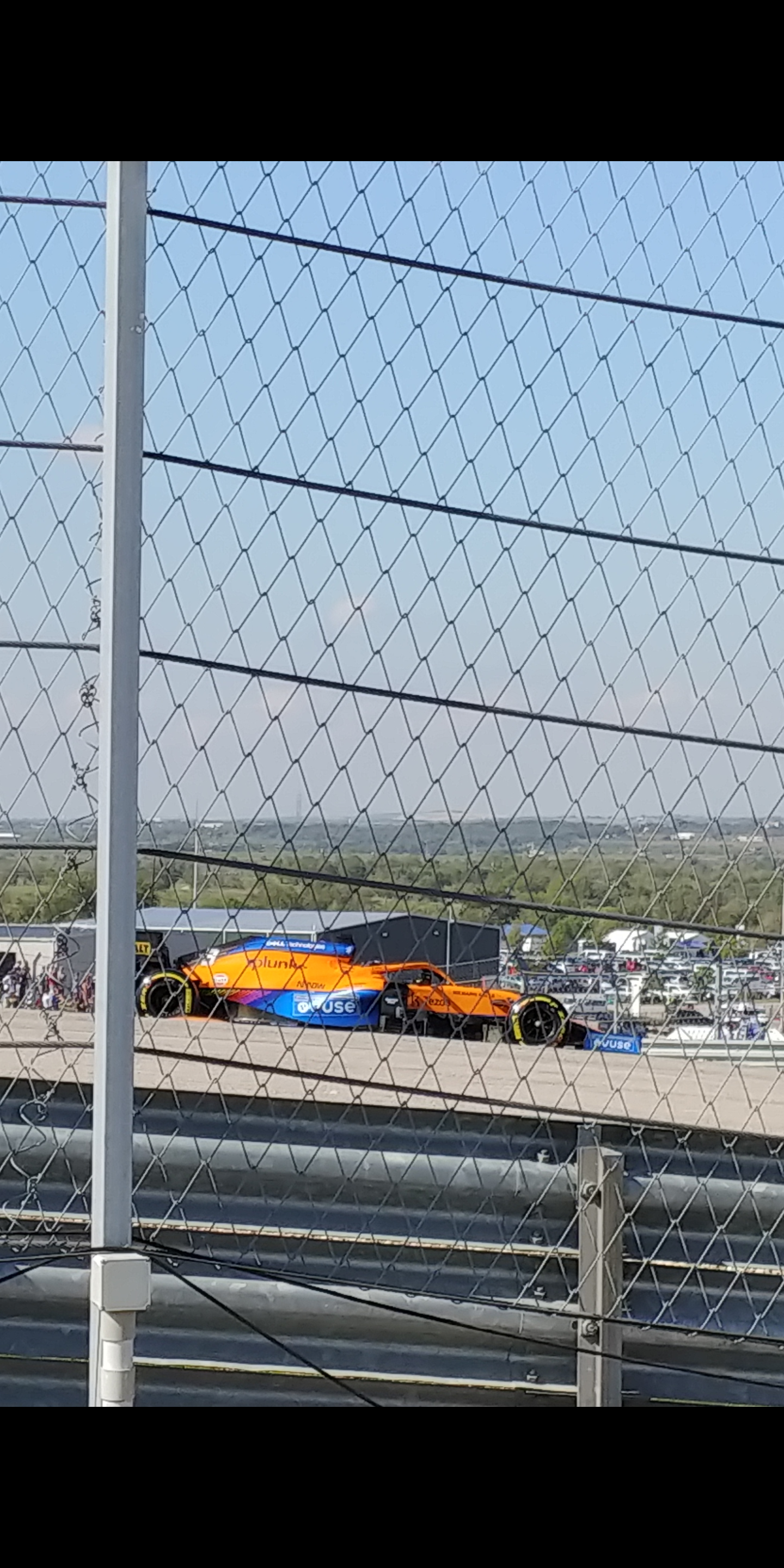 berserker6 said:
This thread has been dead for 9 years?! No ones had anything to say about F1 in 9 years?!
Click to expand...

No, they start a new one every season now.

brat_burner said:
No, they start a new one every season now.
Click to expand...

Thanx for the heads up. This was the only thread i saw.
2018 Golf R APR stage 2 with all the usual bolt ons. Same as the rest of ya.

berserker6 said:
Thanx for the heads up. This was the only thread i saw.
Click to expand...