High mileage MKVers - how has it been?

To the OP it's definitely cheaper to go ahead and fix the gti if you can spare the time. 130k miles is nothing. Might as well drive the car into the dirt, save, and get something you really like in the future.

I Drive a Sedan

Obviously I'm unaware of maintenance for the first 62k miles of its life, but since I've had pretty minimal work done.

Had a misfire the dealer diagnosed as a faulty injector and replaced under CPO warranty.

Other than that normal maintenance, oil changes, new cam follower every other oil change. Just recently did the brakes. Planning on a carbon cleaning and RFD install this Spring.

Between 60-80K is where I had many little things come up. It's a good period to be DIYer.

Since I'm dealing with an early BPY FSI, my maintenance list tends to be a bit longer than most. I won't get into all the details because it's a big list, but my car in particular had most of its problems between 50k and 70k miles. Luckily, all of it was covered under my CPO warranty. Things like the new long block, dual-mass flywheel, and multiple high pressure fuel pumps would have cost a small fortune to replace on my own.

But, since those things have been taken care of, my car has been much more reliable. I just had to put in four new coils (only one was bad) that were in the car for 80k miles. Everything else has been routine (including new cam followers that you don't have to worry about with your TSI) with the exception of a new thermostat and G247 sensor that failed.

With the trade-in value for mine being around $4k if I'm lucky and private sale not much higher, I'm in the camp of keeping it until something super major happens and it will cost more than the car's value to fix.
M

Well, my trade in value was $4 on KBB but dealers were around $2K. They didn't even care about the issues I had, maintenance done, etc. I was told it came down to age and odometer. Even having mods didn't add a negative hit for me.

Then they try to pass off the tarnished image on VW for the diesel problems, which doesn't even apply to petrol engines, lol.

$2K is basically scrap and you could do better parting out.

I Drive a Sedan

iwannagofast said:
I'm currently a little over 162K miles on my '08.5. I'm the original owner and I don't know if I will ever sell it. I've been tuned since 10K miles and K04 since 71K miles, and the car still runs smooth as silk. Over the past 4K miles, I've been averaging 27.6mpg, which I think is outstanding. In the past 2 years the larger repairs have been my rear main seal, waterpump, and valve cleaning. Smaller repairs have been things like my cv boot, shifter linkage and wheel bearings.
Click to expand...

Epic_Sandwich said:
K04'd for nearly 100k miles, this is stuff I like to hear. I want to go K04 but at 103k I always tell myself the car is too old or has too many miles...maybe not afterall.
Click to expand...

I went K04 at 110k at 117k now. I know its not a ton of miles since I went K04 but haven't had any issues other than a fault fuel rail relief valve. Still need to do a valve cleaning too. Major repairs amount to essentially none since I bought the car with 35k on the clock.

We will see what happens from here. I plan on keeping the car for a long while. Will eventually retire it from daily duties and build it up/tear it down for more dedicated track use. At that point I will probably by a truck as daily/tow rig.
DM K04+
B

Nothing crazy in terms of mods, just a P-Flo, H&R Touring Cup Kit, H&R 28mm RSB. I've got to do a timing belt, and I have a cooling system code that is most likely a failed thermostat. The car has been good *knock on wood*.
F

Just turned 212k miles on my chassis. Car has been in my family since bought new from the dealership. I took ownership at about 138k miles. The car was in really rough shape, being used as a pick up and delivery vehicle for my fathers business, and barely ran.
For the most part the car has been great! I took care of the ignition coil misfires and other items that needed replacement when I took ownership. Over the years I went APR stage 1, then 2, and now 2+. I picked up a spare drivetrain swap not too long after taking ownership. The car was in such rough shape I thought it would need it much sooner. The original engine still ran pretty well at 193k but leaked oil everywhere & after replacing a dead battery the crank pulley/harmonic balancer took a crap on me. So at 193k she got a healthy 60k mi longblock and refurbished trans. I paid a good amount to have the swap done by the dealer along with timing belt service and intake port cleaning but I have no complaints! Feels like its good for another 190k miles! I'm thinking more seriously about going KO4 since my KO3 is pretty much maxed.
'06 Tornado red GTI ​
APR stage 2+, IE HPFP, SPM intercooler, SPM catless track exhaust, Neuspeed turbo discharge pipe, GFB DV+, R8 coils, hybrid evoms intake, BSH throttle pipe, BSH PCV plate & catch can, intake runner flap delete, Ksport coilovers, ECS rear sway bar​
​
M

I'm I was wondering the same thing. I have a 07 GTI with 120k miles, I absolutely love the car but I wasn't sure if I should start thinking about trying to get a newer one. After reading through everyone's post, I'm starting to think I should invest on upgrades. I've only had a couple minor issues, brake booster was cracked but other than that, nothing major. I was wondering in starting not only upgrade in performance parts but anything that needs replacement just from being worn out. Do you guys I should head with that plan instead? I already have so many things I want to do with I just wasnt sure which route I wanted to take lol..
K

Hey guys. I'm selling a CTS turbo 2.0t DIVERTER valve. I really need to sell it just cause I'm moving and I need extra cash. Let me know if interested thanks!


Sent from my iPhone using Tapatalk

Dude, you can't bomb all the threads! Make your own in the classifieds.

Bought the car at 118k - just hit this during another 1k road trip. 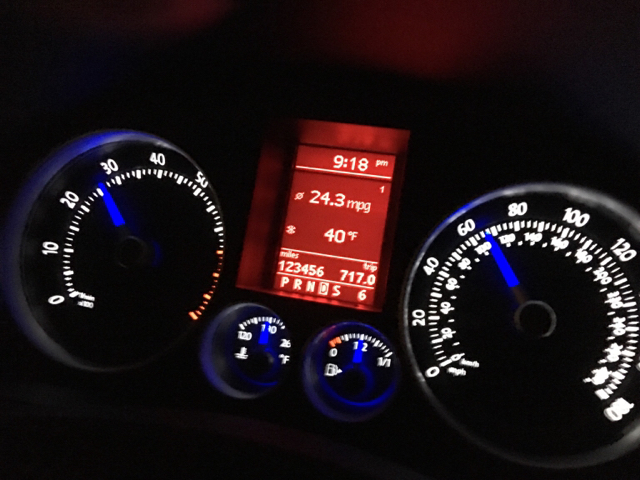