So it happened, the dreaded follower failure. I checked the follower in December, it still had a slight chamfer at edge. I planned on swapping it in the next couple months, but it didn't last 2000 kms. No new sound, no odd noise, no CEL. 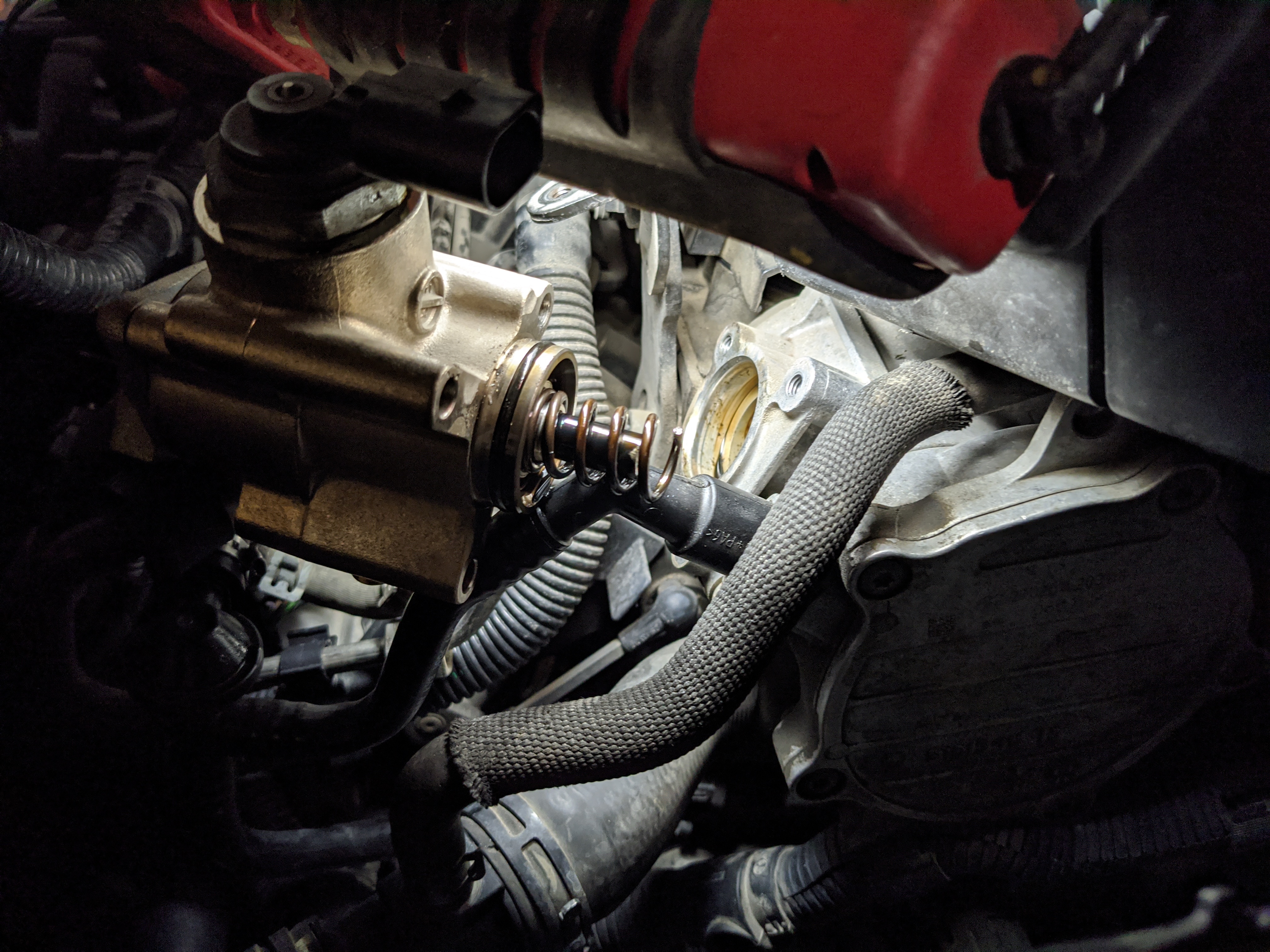 This isn't a DIY, as there are plenty of good articles out there that will get you to the cams. But you can look at the carnage, and how I used 3D printing to save some money by not needing to purchase a modified housing. I drilled out the housing in 2 steps. first at 26mm, then the final at 33mm.

A few things:
-After the pump was re-installed, it took several minutes of cranking to get enough fuel pressure to fire.
-The pressure would fluctuate from 60 bar, to less than 5 while idling. After swapping the pressure regulator, it runs perfectly. So I believe the root cause was a bad regulator. The pump was unable to keep up.
-I also no longer need to wait before starting the car. I previously had to leave the key in the ON position for about 5 seconds, before starting, otherwise it just wont start.
-Sadly I can no longer use the damaged APR pump, but the new cam lobe has a higher lift than the stock lobe, so I don't believe 130 bar will be an issue.


The kit itself is from TMG performance in Greece.

Cool kit at a good price but install not for beginners.
I have a roller kit from IAbed on my car, it has been great.
2008 GTI EFR7163 - 480whp
Part out of entire car coming around March 2021 (many parts with less than 200mi)
Will start taking it apart mid January 2021

6ish month update. The stock pump on stage 2+ didn't go very well, especially with the AC on in summer. There were days where it didn't leave limp mode at all, and at 1 point, I maxed out the Fault Frequency counter at 254.

I ended up getting the IE kit, as I needed to replace the pump seal too. So I now have an APR pump housing, with IE internals...

The roller shows no wear, nor do the upgraded lobes. I see lots of oil on the back side of the roller bucket, so its definitely getting oiled well.