I just replaced my car's side mirror lens and thought I'd share pics/steps on how to do this. I know there are a bunch of DIY out there but hopefully this will still be valuable. This works for removing the side mirror housing as well. It's not difficult but do this at your own risk, I'm not responsible if you break something ;P.

I bought black/smoke in.pro side mirror lenses to add to my car's ongoing motorsport look.

Before you start there are a few things you need to know. There are a total of 6 screws that you will need to remove. They are different lengths and heads. So I made sure I segregated them and remembered where they were used.

Also, on my 08, the OEM side mirror lenses had felt strips (adhesive back) while the in.pro. ones did not. I decided to just to transfer them to the new one.

Before -- OEM clear looks good for OEM+ look or chromed/polished wheels or look: 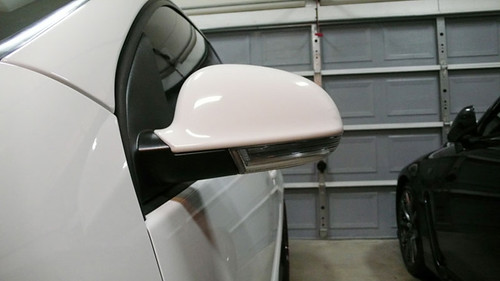 After -- I'm going for the motorsport look: 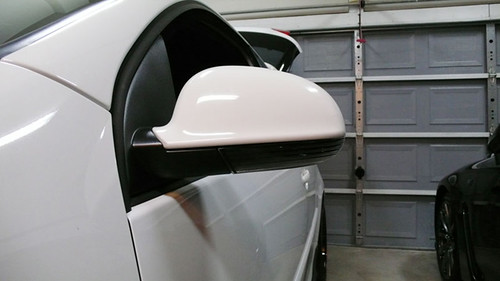 Screws, there are six. Three different kinds, make sure you put them back in the same location: 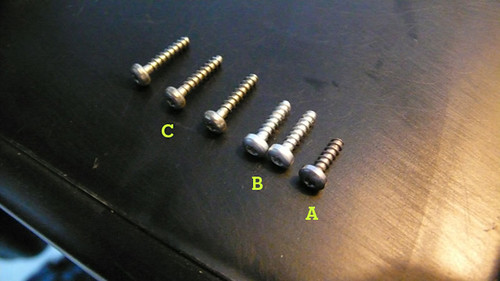 You'll need a Torx #10 screwdriver. I already had a tip. Some are just screwdrivers: 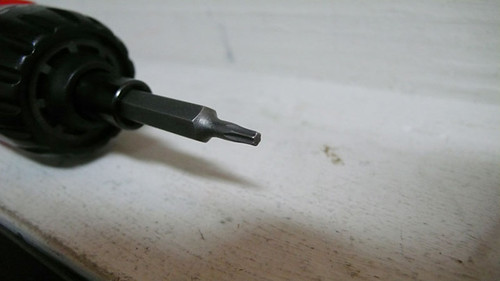 OEM and in.pro. side by side: 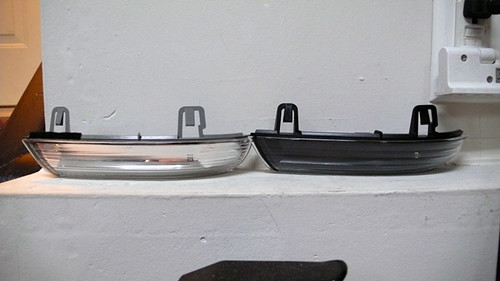 OEM has a black felt strip while in.pro has none. It's up to you but I decided to move it to the new one: 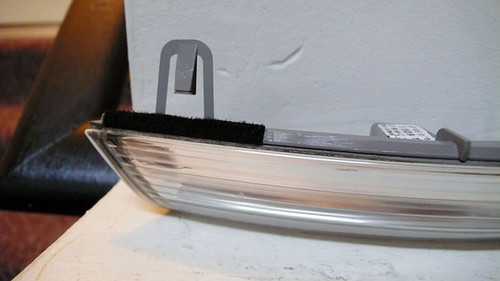 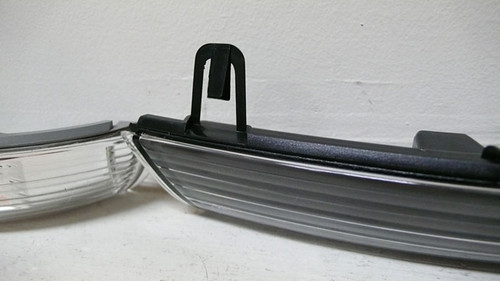 Tilt mirror up using controls until there is a gap: 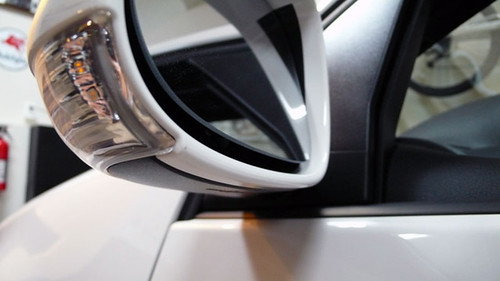 I used a screwdriver wrapped in cloth to gently pry the mirror off. Slip it under the gap. Just don't rush here. You don't want to scratch your mirror housing or break anything behind the mirror. It's not that hard. 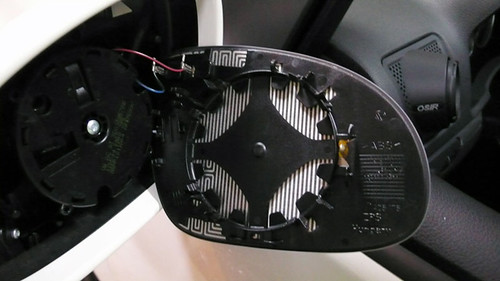 Use your Torx #10 screwdriver and remove these: 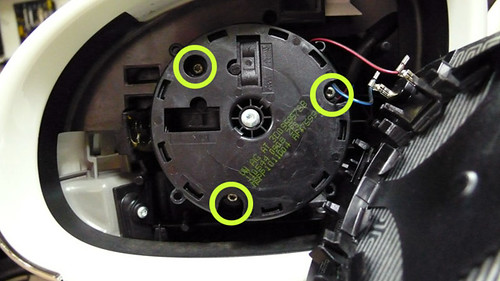 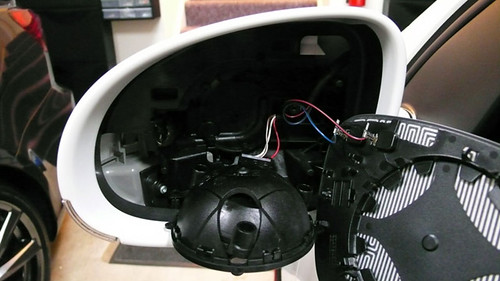 Unplug these. Don't tug too hard. The one with the connector/adapter is a bit tricky. Remember the positive and negative wire locations on the mirror: 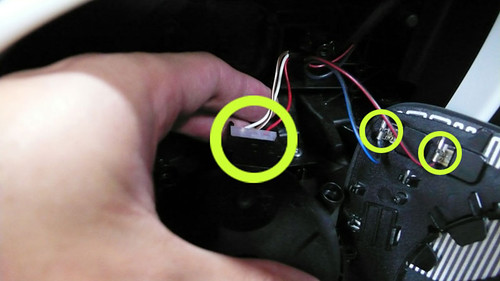 Here is the first tab that connects the side mirror lens to the mirror housing. You'll need to untab this. I used an angled probe, others use screw drivers. Just take your time. 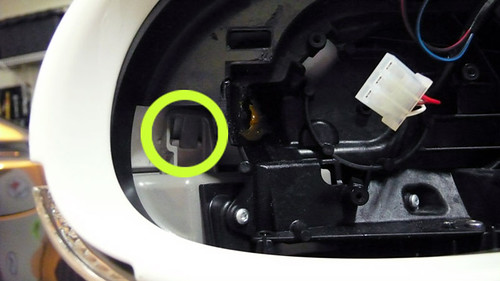 Inside that hole is the second tab. It's a bit more trickier. I used an angled probe for this. Some use screwdrivers: 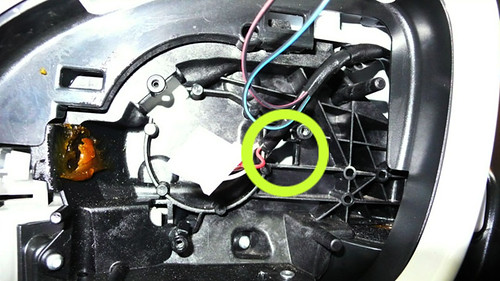 Once those tabs are removed, I gently pulled out the underside of the mirror housing so I can remove it: 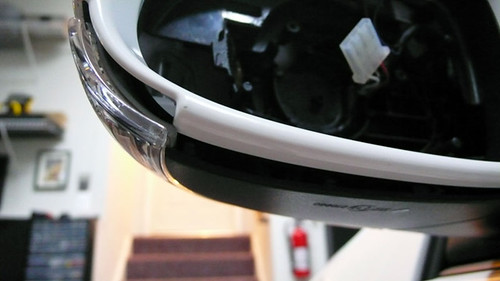 Once the housing is removed, squeeze these tabs to pull/slide out the plastic strip. 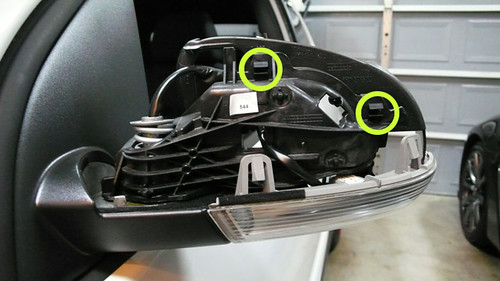 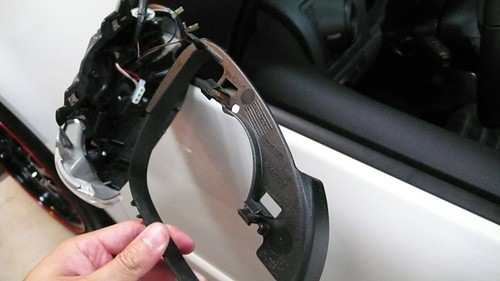 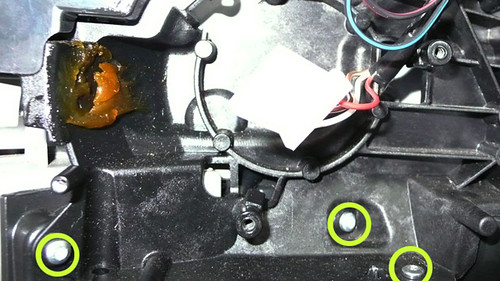 Detach base and disconnect cable/wire from OEM side mirror lens. 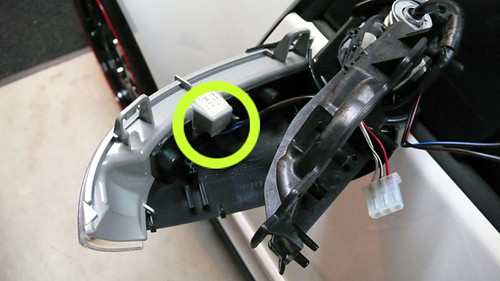 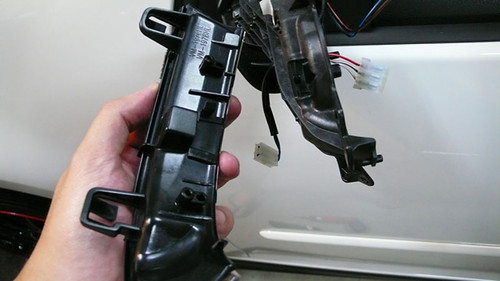 Just be patient, gentle and clean it up after.:wink:
T

Have always wanted to change these out but new they were kind of a pain.
not so much now.

Great write up too..Should be stickied IMO...As with most useful DIY's

I did this, before the write up, this would of been helpfull! The only issue i ran into was when removing my drivers side mirror, i broke one of the small tabs and now the mirror does not sit perfectly, there is a small distortion in the mirror. Not bad, but annoying. i love the black markers on my bmp. It's much more stealth.
Think very carefully, because if you ever start, you will never be able to leave it alone.​

And pics of the ISF please
C

Hi, does anyone know how about to remove the door panel? since I had crash my mirror and would like to change by myself.:iono:

Great DIY, thanks! Can't wait to get smoked in.pro side mirror lenses :happyanim:

Thanks all, glad it's helpful

And pics of the ISF please
Click to expand...

Don't have a lot of pics of it, but here is one: 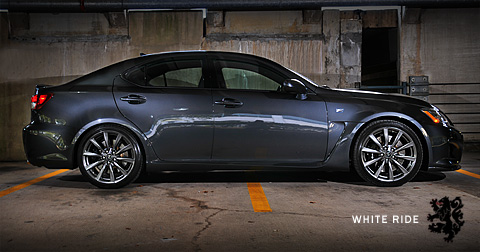