TDI’s are notorious for having very poor heat output, especially in colder climates. VW finally did something about this and MKV TDI Jettas have an auxiliary 1000W electric heater installed just after the normal heater core inside the heating system. Gas powered vehicles like the GTI don’t have this heater because they heat up quicker, but as I discovered the place for the heater is still there.

This should with for both Climatronic and Climatic heating systems.

This will only work for Valeo heating systems and may only work on specific years. 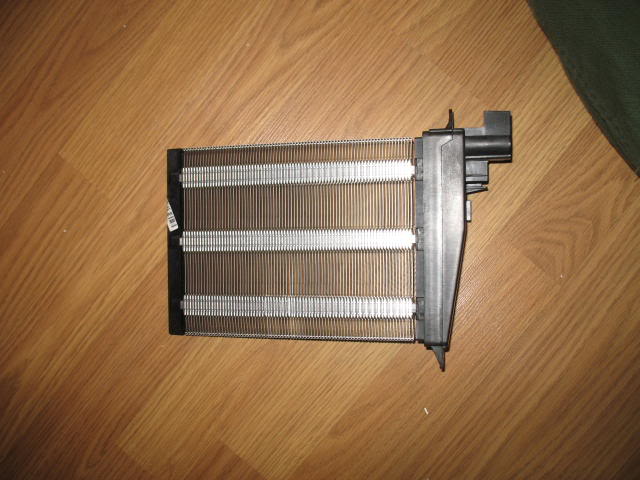 The heater is installed on the right hand side inside the driver’s footwell.
Remove these 2 screws (red), they are both T25: 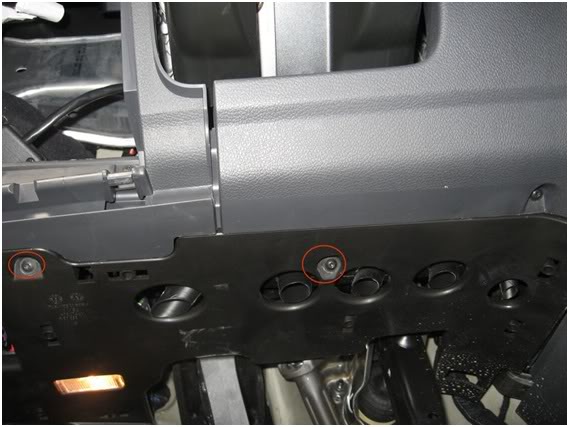 Remove this screw, it is T25 as well: 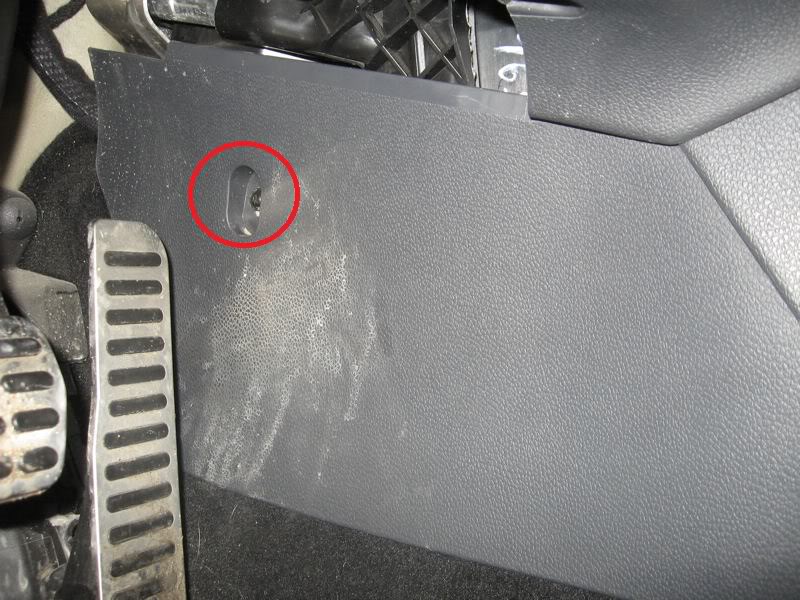 To remove the panel you will need to pull back slightly on the overlapping portion shown here: 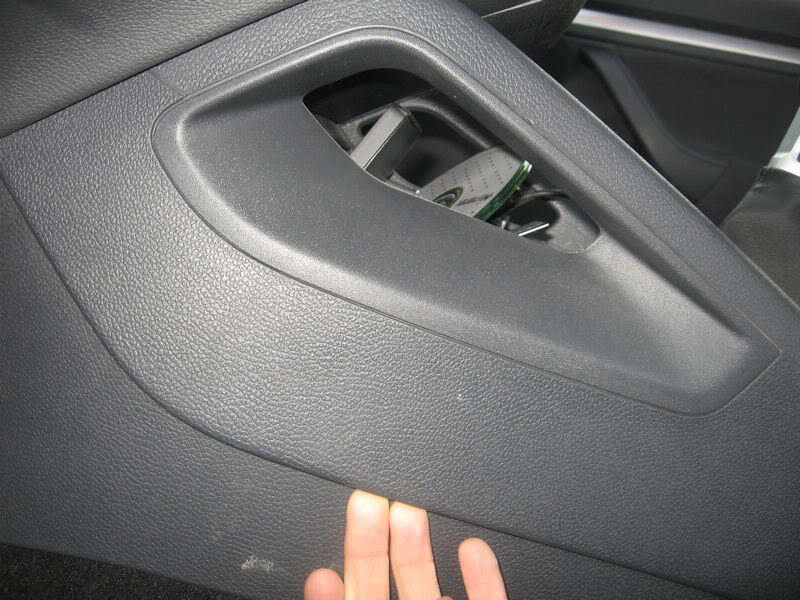 Here we see a drawing of the heater installed. Remove the 3 screws marked number 1. There is one more bolt not in the picture is located in red: 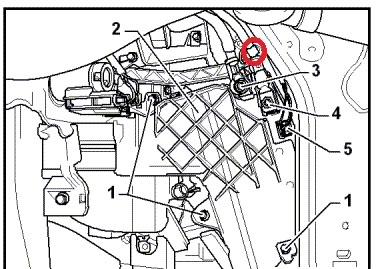 With the cover removed you can install the heater into the slot behind it, use 2 of the cover bolts to attach the heater.

Here is an image of the installed heater. You may need to trim some plastic around the terminals depending on the size of your ring connectors: 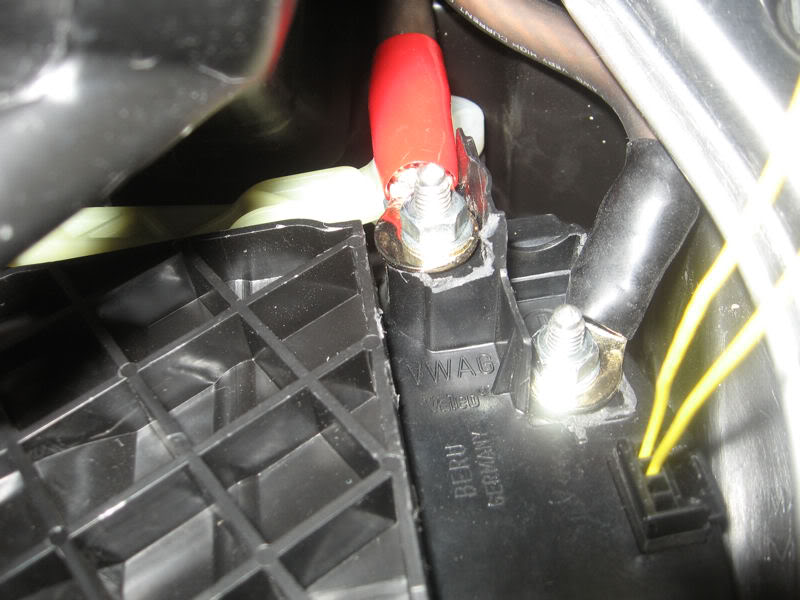 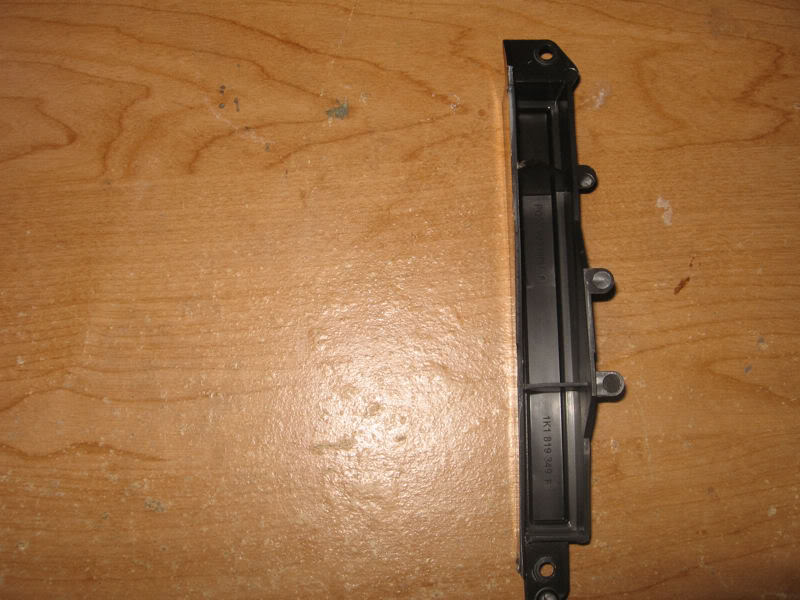 The bolt holes at the top and bottom are in the same position as the 2 holes used to attach the heater itself.

The heater uses around 80 Amps of current, this is a lot of current and if the connections are not made good enough we could cause a fire. There was actually a TSB for the nuts on the heater not being tightened enough from the factory causing a fire I believe.
Cut the 10 feet of wire into 2 pieces, 1 4 feet and the other 6 feet.

Attach 1 connector to the end of the wires, 4 in total. I crimped the connections, soldered them to the wire and added sleeves to the connectors

Here is an example: 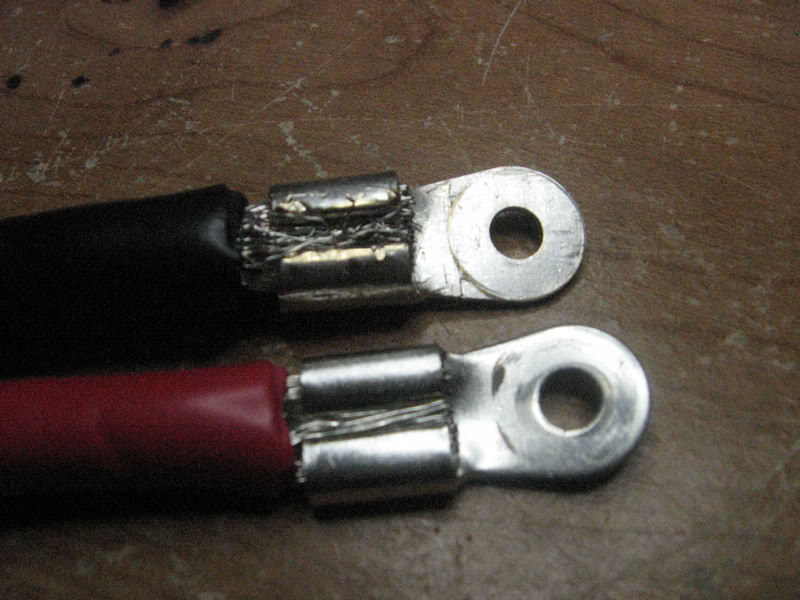 Attach the wires to the heater using the 6mm bolts. Make sure you have the negative wire on the (–) terminal and the positive wire to the (+) terminal: 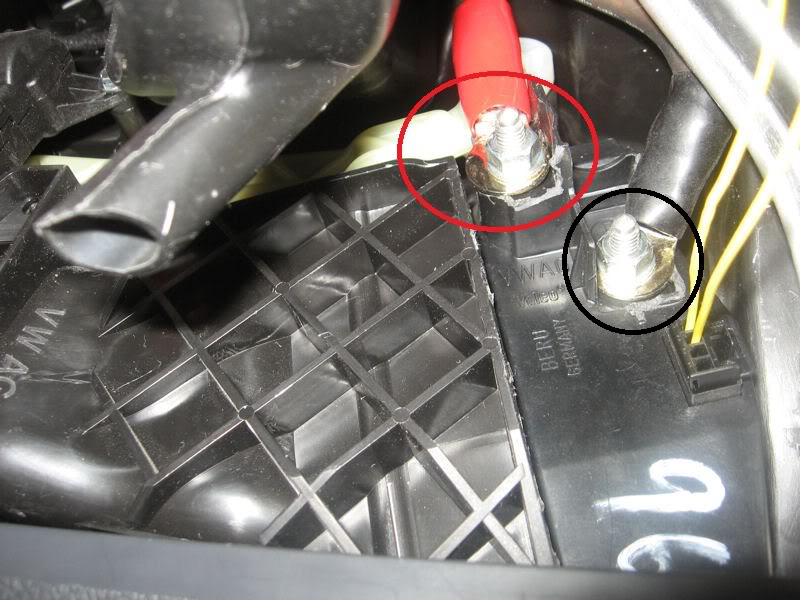 Step 4, Wire the data connection:
The heater has a direct connection to the comfort CAN bus. The nearest location of the bus would be the Data bus diagnostic interface.
The pins are not visible so we are looking for the orange/brown and orange/green that are twisted together. Cut the repair wire in half and attach 1 end to each of the wires and to each of the bus wires.

The module is the black box with the red plug in it, the object in the blue box is the top of the brake pedal. Circled in red is there the wiring connections are made: 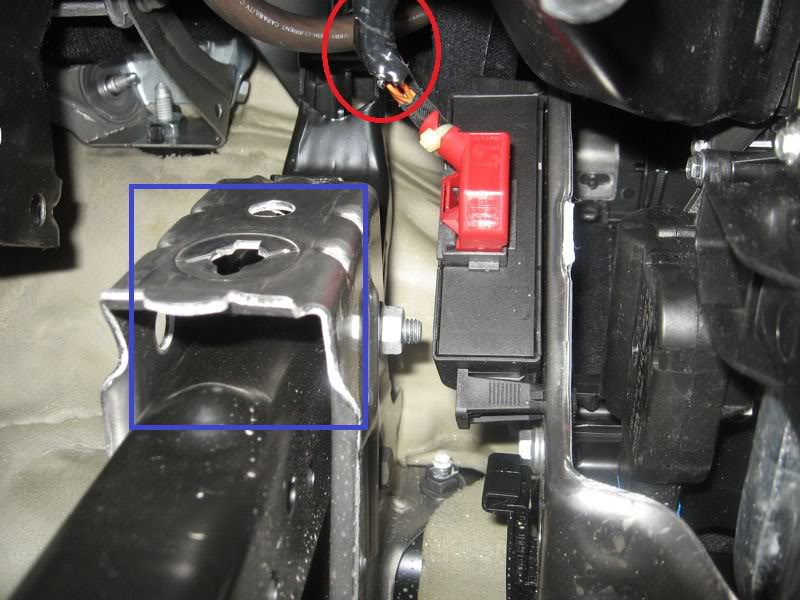 Plug the wire into the heater (red): 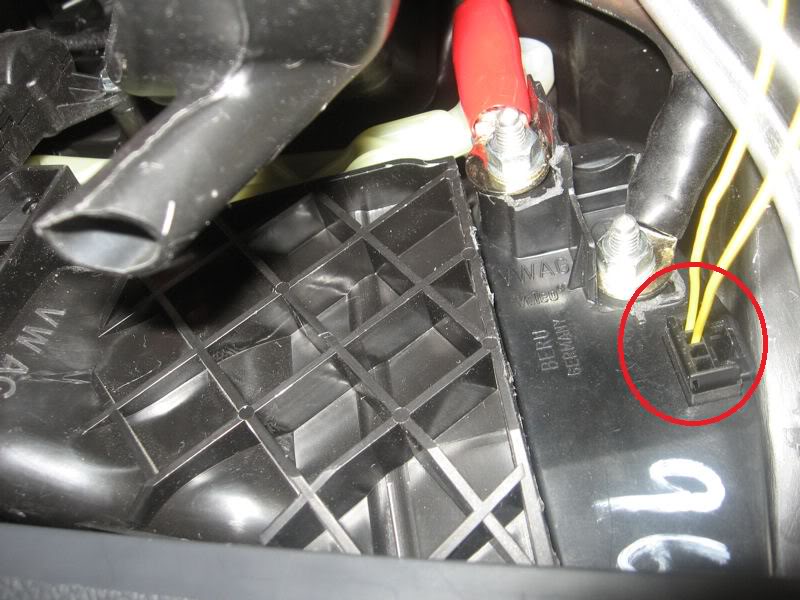 Step 5, Negative wire to the chassis.

thanks for the write up! looks like a great mod for me to do

youd know all about our weather haha
Dubs suck

Car(s)
its not special.

Any idea if the alternator is different on the tdi? (Higher amperage?)
DRIVE_

The TDI's come with a 140 amp alternator. I checked the part number on mine and I have a 140A as well. There is a listing for a 110 amp alternator in ETKA.

Thanks, man! I did the exact installation in my Skoda. Could you, please, explain this a bit more:


Cadbury said:
Some criteria needs to be met before the heater will turn on. For example: <...> and your heater temperature setting has to be past a certain point
Click to expand...

A VW Self study guide indicated that the temperature needs to be set at least 80% to the hot side.

I have found that as long as you have the temperature set slightly on the heat side the heater is on.

Sorry for resurrecting such an old thread but I'd like to point out:

- If you have a RHD car (ie. UK, Australia) then the install takes place on the passenger side. You have to take out the glovebox (easy) but there is a lot of other crap in the way that you have to move to get access to the slot that the PTC element slides in. The main problem is the plastic support beam that the glovebox mounts to: it blocks the slot.

I did this install on my MY07 MKV Jetta on the weekend and it took me 6 hours and much swearing.
B

Any chance to get the pictures back?
D

Great mod. Where are the pictures??

I see only two pics, driver's footwell and fuse box.

I see them all
My big turbo and shaved bay build thread: http://www.golfmkv.com/forums/showthread.php?t=151460​
B

For some reason Firefox doesn't show the pictures but Internet Explorer does.

I've found a lot of these TDI Aux heater cores on ebay but none of them with the same part number. I can't tell if these are simply newer versions of the same part or if they're completely incompatible. Does anyone know? Visually the connections look different so I'm guessing at "incompatible" right now, but I'd like to be 100% certain.