I did a search and couldn't find it posted. Was this anyone on here? 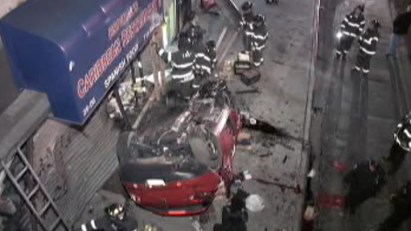 The eastbound red 2007 Volkswagen Rabbit failed to make the sharp-right exit to Queens Plaza and instead went soaring off the roadway, flipping upside-down in midair before crashing into a row of businesses and fatally striking Anthony Buscemi, 68, at about 4:30 a.m.

Buscemi worked as a cabdriver at the nearby Midtown Operating Corp., co-workers said. It wasn't immediately clear whether he had been leaving the job or arriving at the time.

The 1½-acre project -- bankrolled by $37.7 million in federal funds and $6.6 million in city money -- is set to be finished next year. It is designed to "increase pedestrian and bicycle safety" in the neighborhood, according to a city profile of the work.

Before it was revamped, the Queens Plaza exit was much straighter and easier to spot from the roadway, neighbors said.

"Now . . . there's no way to see [the new off-ramp] beforehand," said dentist Matthew Hyde, whose practice is around the corner from the accident scene.

A spokesman for the city's Department of Transportation did not return several messages.

"I notice a lot of near-misses," Hyde said. "I see a lot of al most-accidents."

The driver was not impaired or cited for the accident, cops said.

Kathy Anderson, the owner of KAF, said one of Espinal's waitresses told her she had been walking to work around the time of the crash -- and was nearly hit by the flying Volkswagen.

"It was her lucky day. It just wasn't her day yet," Anderson said.

If he still wants a mini after that watch out for your cornhole.
Click to expand...

Mithotyn;2779242 said:
Usually now it means some meathead in his lifted diesel truck rushing home to chuck a length in his sister
Click to expand...

and the driver was OK
sothis

Sothis said:
and the driver was OK
Click to expand...

If missing one arm qualifies as "ok" then yes, he's ok.

Sothis said:
and the driver was OK
Click to expand...

it was me, im back from the hospital now sup guys

This is why I'd rather take the subway in NYC than one of those kamikaze cabs.
///KCH2O

eatonrabbit said:
This is why I'd rather take the subway in NYC than one of those kamikaze cabs.
Click to expand...

Because he was crushed by a flying car while walking on the street?

The Lame & The Ludicrous

eatonrabbit said:
This is why I'd rather take the subway in NYC than one of those kamikaze cabs.
Click to expand...

KingOfJericho said:
Because he was crushed by a flying car while walking on the street?
Click to expand...

ahh. i thought he was the driver. :thumbdown:
///KCH2O

Wow sad. I remember someone asking about those ugly wheels in the wheel/ tire section-I wonder if it was that guy. 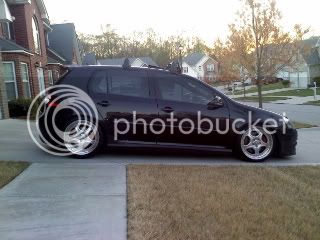