Anyone accidentally run into someone famous?

Met Franco Harris in an airport bathroom when I was 10.
T

Back in the day, 1990s, when mtv was something. I was living in daytona beach. I met duff. Lenny Kravitz hung out with me and my buddies before he did his set.

I met Ted koppel in some little town in Maryland. I was really surprised because it was some speck on a map type place.

Location
The Rose of New England

Just me and Billy Dee. He sat next to me at the bar in the Ottawa airport and ordered a grilled cheese sandwich. 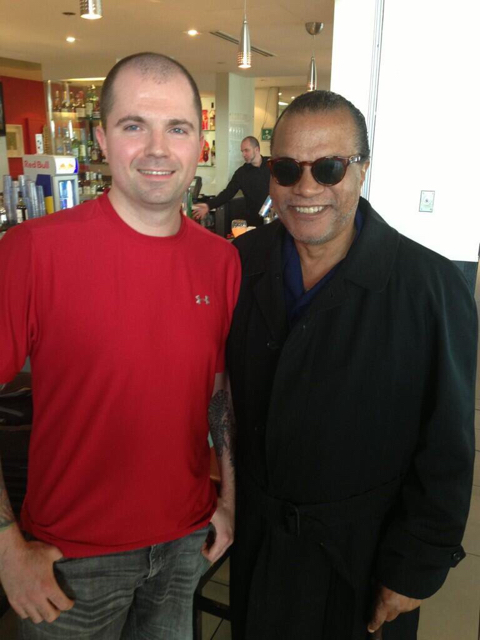 I ran into Ron Jeremys old ass at austin city limits last year. He was hobbling around with a cane in one hand and a hot ass 18 year old in the other
D

Took my friend's 5 year old to the bathroom at a rest stop on the Garden State Parkway. He peed next to Kevin Bacon.


Doc Gooden on a flight to NJ from Orlando.
S

I've been stage 2'd by Jawn, the OG Golfmk6 Postwhore

jay745;1908181 said:
car meets: helping awkward dorks get over their anxiety of meeting new people one thursday at a time.
Click to expand...

Saw and stopped by a NASCAR car parked outside of a local auto parts store on a late Saturday afternoon back in 2005 or so. My two young sons and I were the only ones there, except for the store employee who was sitting near the race car. I'm not a big NASCAR fan, but I like cars, so I showed the kids the car and the engine and they liked it. Then the store employee came up and started talking to us, asked us if we wanted an autograph, which I thought was strange. "No, thanks, we gotta head out. Have a nice day." About 5 minutes later down the road I realized the store employee was Ricky Rudd.

I'm originally from LA and have met the following people :

-The Scooby Doo gang from the movie(my step-dad works for WB, so he took us to meet them).

Met the following at a YouTube convention many years ago :

And of course, being from LA, I've seen/met Jay Leno about a million times. He isn't very shy lol.
2011 GTI MK6 - Dream Everyday Of The Mods To Come. https://www.instagram.com/divine_otg/


Doc Holliday said:
"You're no daisy. No daisy at all."
Click to expand...

Anyone know Jackie Chan? Been spotted a few time but too much people around him, cannot get the selfie or photo with him
S

Lol, is his voice really that deep in person?