Any cyclist on here

Chogokin said:
I've run Eggbeaters for years on my MTB's. I've never had any issues with them.
Click to expand...

Mostly a joke, but even the climb out of Aliso Woods up to Top of the World claimed a few pairs of Eggs. I do think the limestone down here is worse on them than the roots and small rocks in SoCal.
B

And wait, are you the Pivot guy? I should be nice, I'm kinda intrigued with the Switchblade.

I've smacked mine into rocks and they've never broke. I've used the Eggbeater, Candy, and Mallet. Never an issue.

Currently using XTR on my Evil Following and XTR Trail on the Banshee Spitfire.

I don't post on the forums too often anymore, but I guess I should see whats going on in this thread.

I am technically a career bicycle mechanic, of course my job title changed a little bit and I only touch wrenches a few times a week now and spend the rest of the day staring at a computer screen and moving things around a building. I do still stay up to date on my certifications though, and try to work on enough stuff so I don't get rusty. So, if anyone has any questions about maintenance I can probably help, but be warned I can be a bit opinionated when it comes to lubes, chemicals, and drivetrains.

I am also a reformed roadie, I used to be on the bike 8-20 hours a week and raced 20-40 crits a year with a few road races and TTs thrown in to keep me cynical; But that burnt me out and now I haven't touched a road bike in 2 years and just "ride" mountain bikes. If you can call it riding, I am more like a fish out of water.

I cracked my collarbone pretty good back in August, had surgery in September, and am just now getting back on a bike more regularly.

During my downtime I sold my bike, and currently don't actually own one right now. I have one on order and it should be arriving soon; but until it comes I am "stuck" riding this: 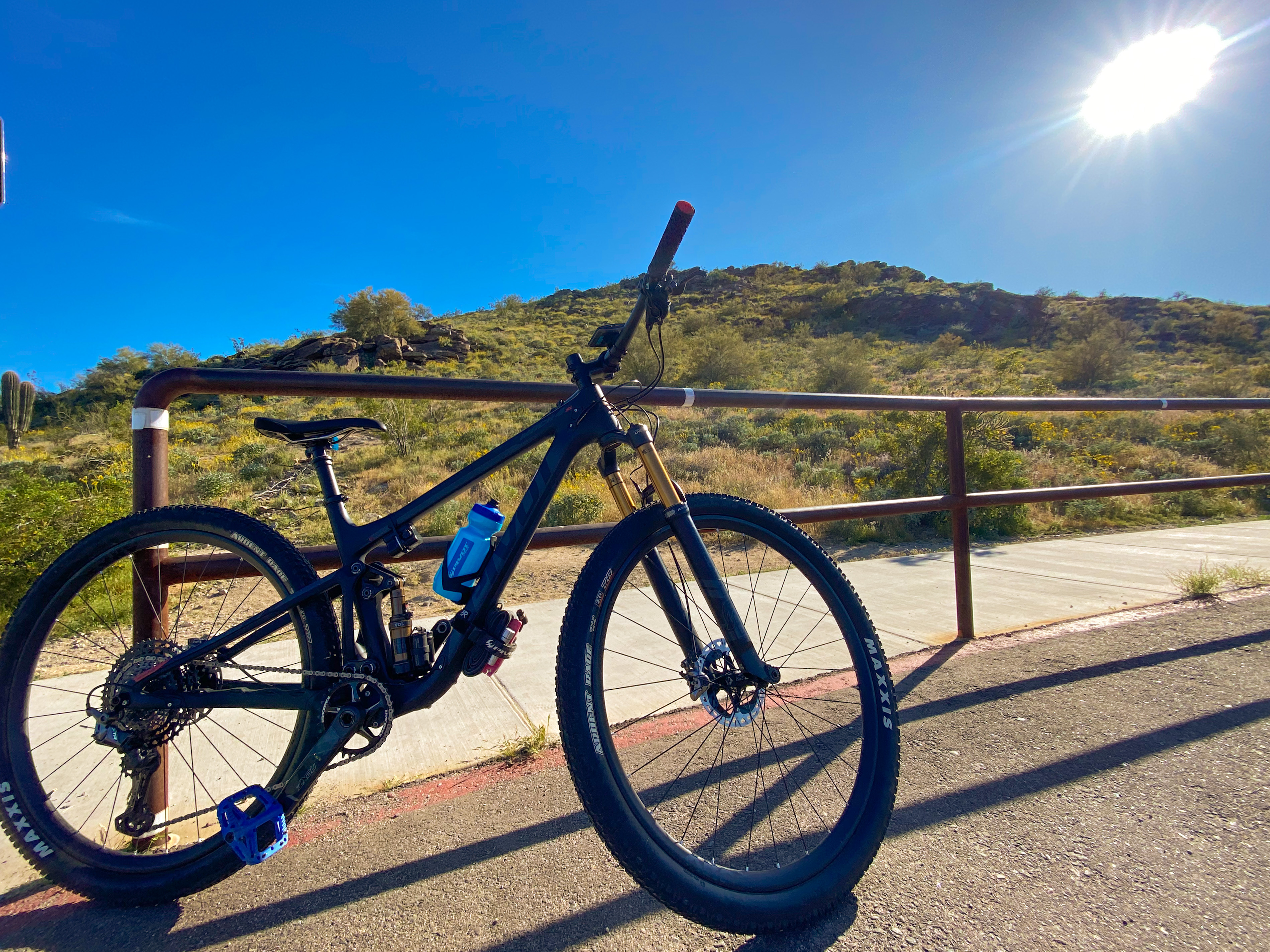 Its a fast bike, like real fast. I don't do it justice, but it is a good vehicle for getting back into shape (which I am quite out of after that crash). It has been a while since I've ridden XC tires and they did give me a few surprises on the first couple rides out.

I am hoping to lose the weight I put on (and more) and be on my actual bike soon, but this one works for now.


Oh, and on the note about Candys: I once raced a cyclocross race on an older pair of candys that I wasn't acquainted with and apparently they didn't want to cooperate with the lugs on my shoes. The end result was that while attempting a dismount to run a barrier (which was actually a log), I couldn't get my second foot out of the pedal. So there I was with both feet on the same side of the bike (I had already swung my unclipped leg over the bike and was ready to drop to the ground running), doing probably 15-20 mph downhill, and I rode full speed into the log barrier that way. According to my friends who were watching, it was quite the crash to witness; It was kind of like Joey's OK but I was still clipped in.

Short story long, that was the last time I rode candys. I did ride Eggbeaters a few times, but I actually prefer SPD for cross now.

I'm excited to find this thread! I'm a long time VW and cycling person. I started riding mountain bikes in 2006 or so. In 2010 I started at a bike shop and worked there all through college. I raced mountain, cross and road collegiality and have continued in the years after. I'm a big fan of endurance mountain bike racing (SM100 is my favorite) and don't mind the occasional weeknight crit. I gave up cross a while back because that's the best time of year for mountain biking! I've got the Curt hitch on my GTI with a Rocky Mounts rack, it works well for the times when I don't ride from the house.

Bikes: Trek Superfly and Emonda. I really want a Santa Cruz blur or the new top fuel. I think they make great choices for the backcountry riding I like to do while still being efficient enough for all day racing.

I've used eggbeaters in the past but trust XT or XTR pedals for long term durability. Ultegra pedals on the road bike.
J

uvasteven said:
Bikes: Trek Superfly and Emonda. I really want a Santa Cruz blur or the new top fuel. I think they make great choices for the backcountry riding I like to do while still being efficient enough for all day racing.
Click to expand...

I was very close to getting a Blur Trail but decided on the 5010 instead. It’s been a fantastic bike.
2016 VW GTI | Car worklog

I've been getting into road biking but mostly I mountain bike. Took a few years off but finally getting back into it with a new bike. 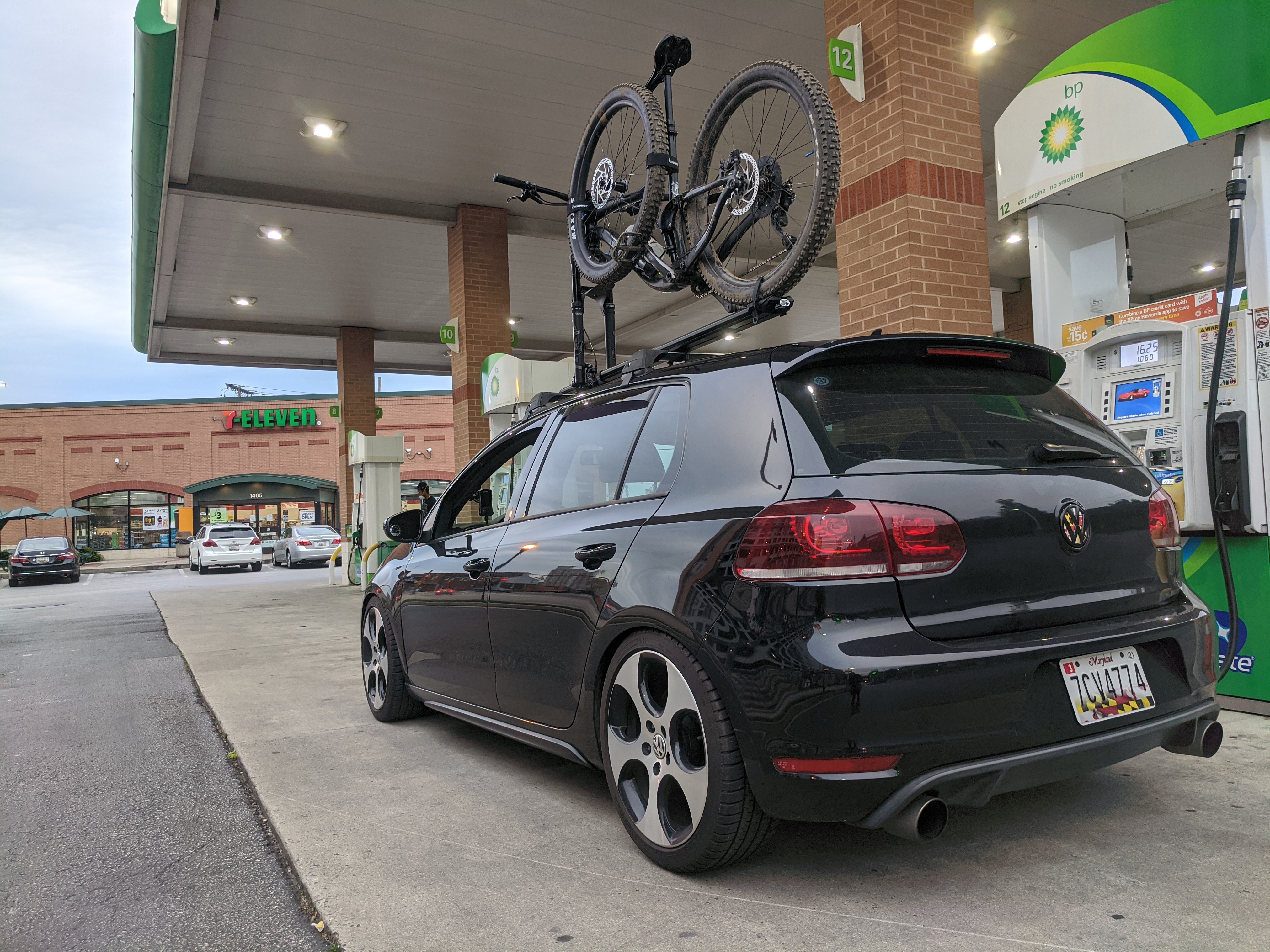 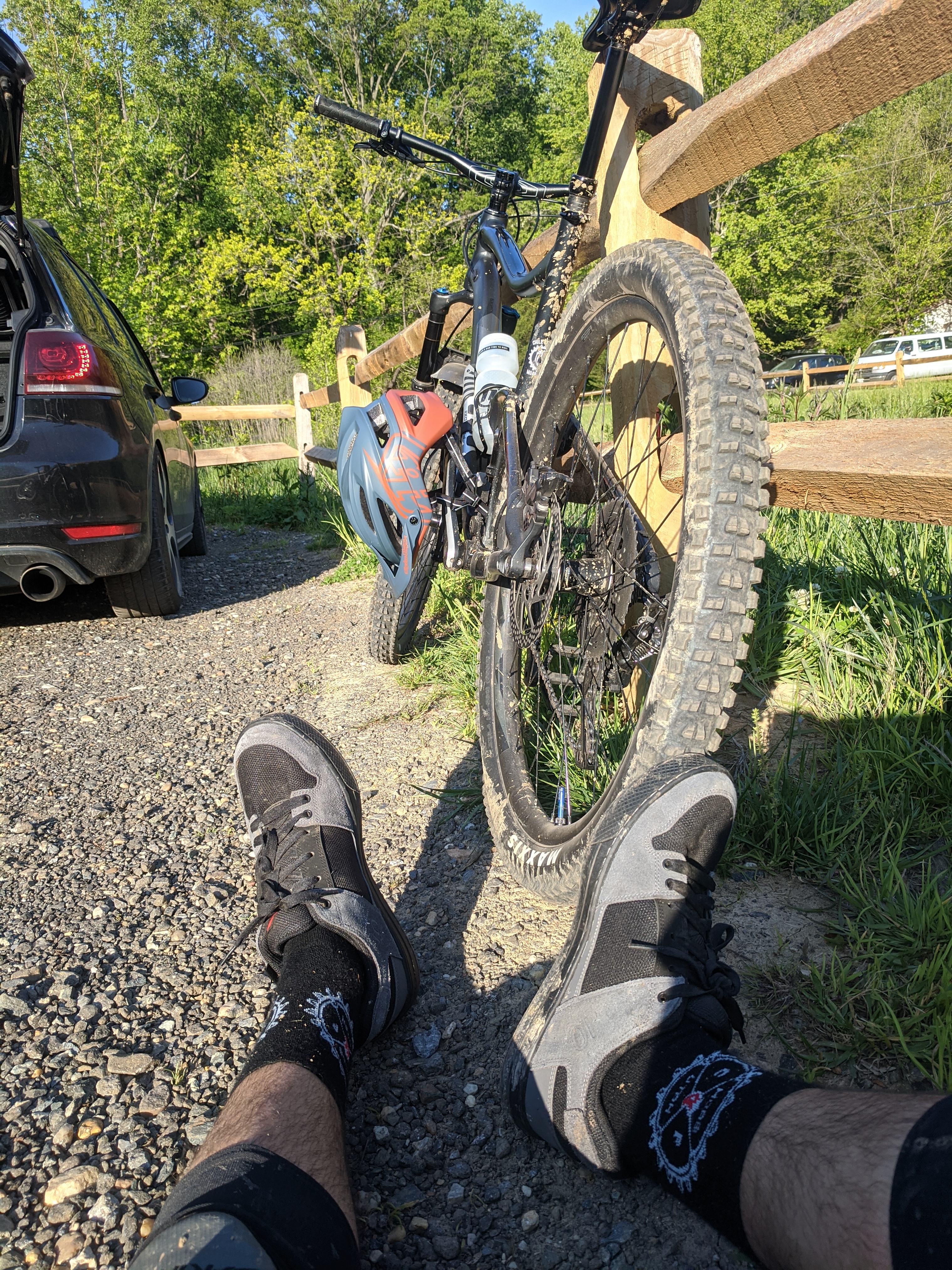 bentin said:
Mostly a joke, but even the climb out of Aliso Woods up to Top of the World claimed a few pairs of Eggs. I do think the limestone down here is worse on them than the roots and small rocks in SoCal.
Click to expand...

I used to live in Laguna, but I'm in Texas now. Was an Intense guy back then, leaning towards Evil this round. Miss the flow of trails there, but don't miss the goofy things like no lights near populated areas.
D

My Rockhopper hasn't seen a trail since moving from Northern jersey (nearly) 2 years ago. New Jersey is great for mountain biking. Especially where I lived and work in Northern Jersey. Lots of different trails near by. They don't call it the Rock Garden state because it's clever.
K 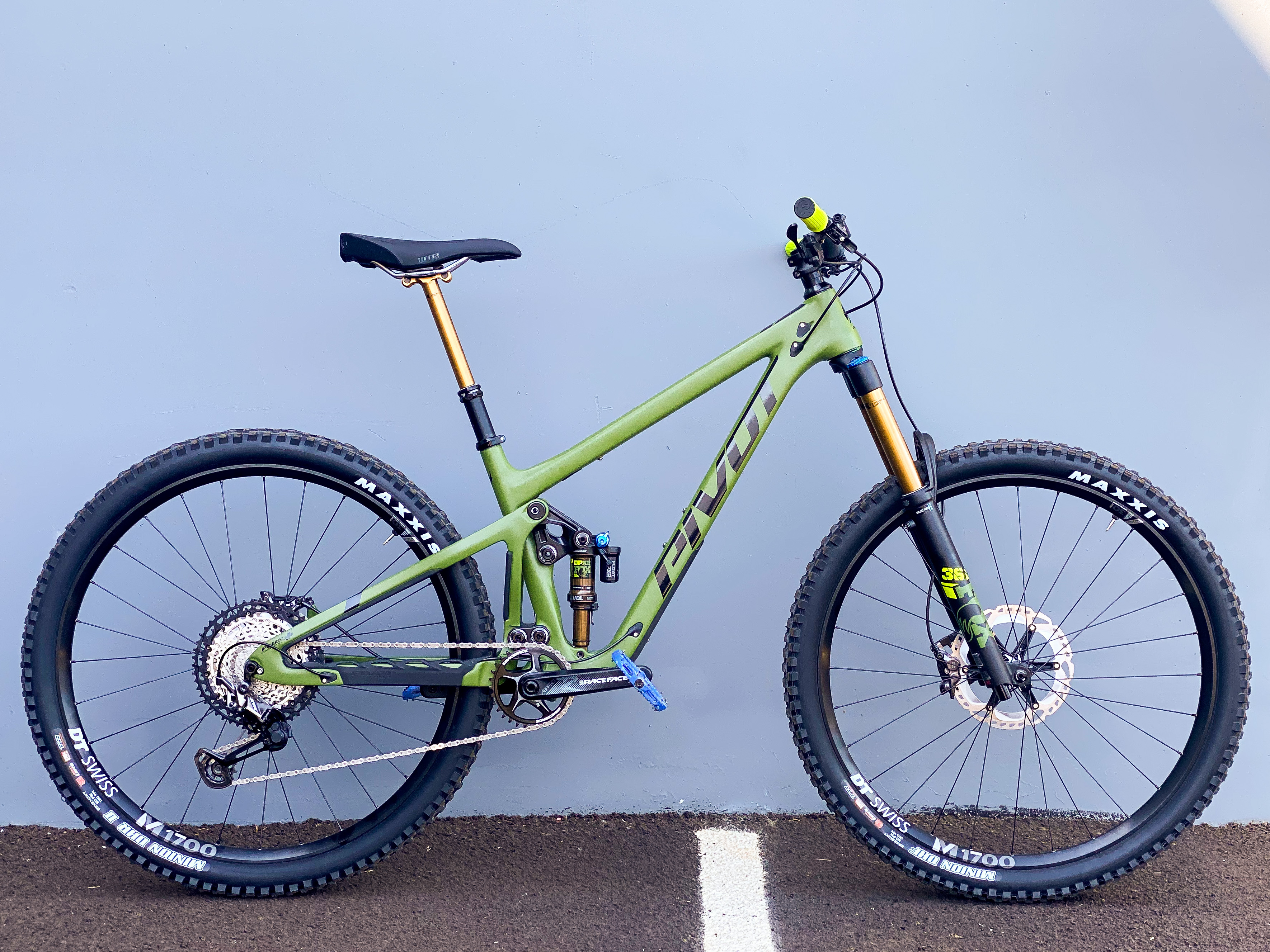 Nice Switchblade. Seems like a solid sled, still on my short list. Are those XTR Trail brakes?
K

Switchblade is solid, I just had to wait until there was enough stock to satisfy employee orders.
They are XT 4 piston.