When Volkswagen announced its R model for the sixth generation Golf, opinions varied. Some did not like that it no longer utilized Volkswagen’s 3.2L VR6, while others were excited by the pairing of the 2.0 TFSI and 4motion in a Golf chassis. EvLSkillz, the Romanian shop that built this Golf R, probably falls into the latter of those two camps. Utilizing a Precision 6262 Turbo paired to a completely built 2.0 TFSI, their Golf R makes 776hp and 504ft-lbs of torque at 3.0 bar (43.5psi) of boost on race fuel. 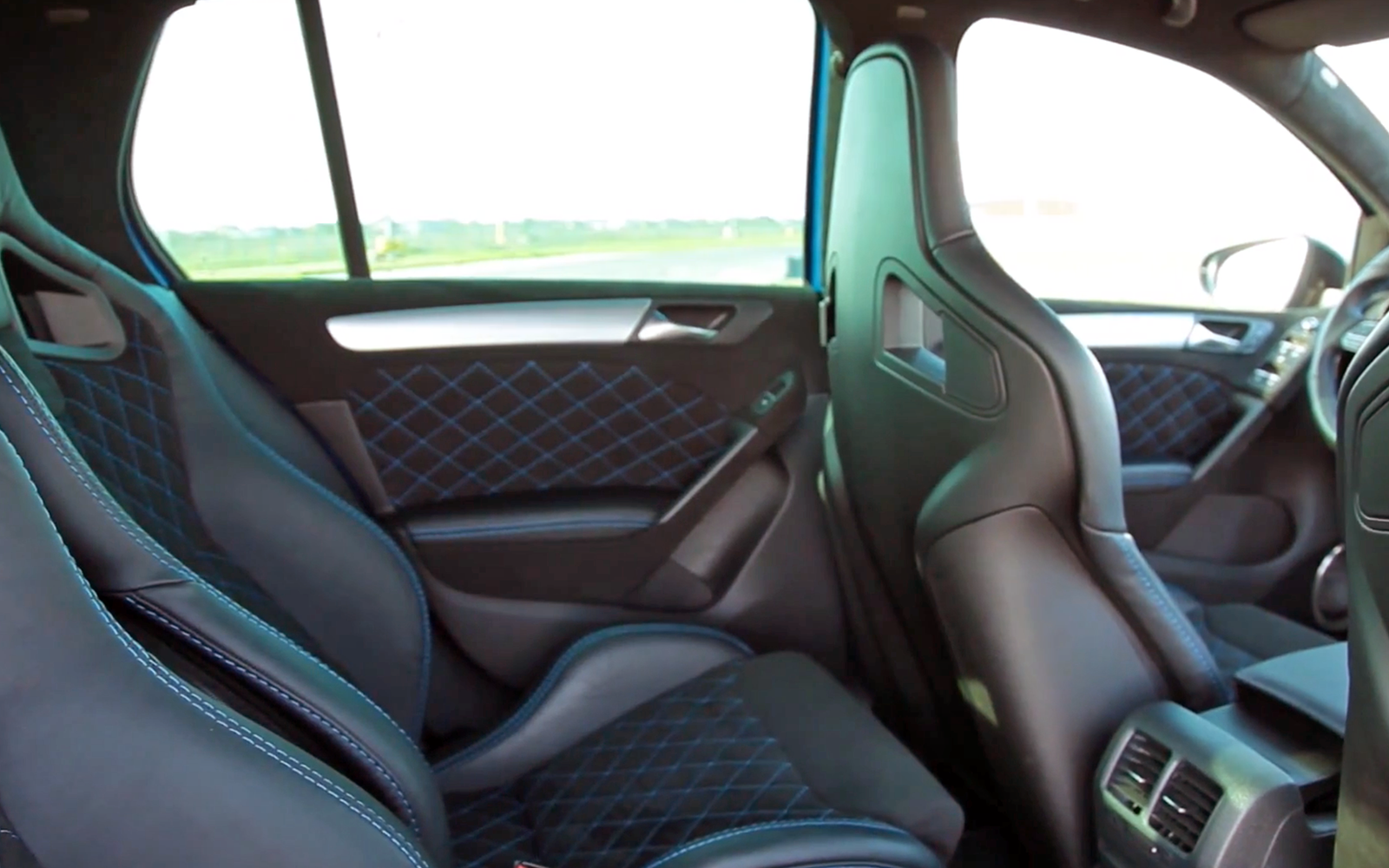 On the inside, the interior looks to be completely retrimmed in alcantara and has had the factory front and rear seats replaced with four Recaro Sportster CS buckets. Other modifications include BBS CH-R wheels, an Alcon Big Brake Kit, a more aggressive setup and a very large Mishimoto Intercooler.

Let us know if you think 776hp is enough for a Golf R in the comments below.

dubessa;1167842 said:
sex, when done right, should leave both people smiling, exhausted, and covered in mysterious substances.
Click to expand...

How does the gearbox holds? Is that the DQ500s ?

That's Teff's R. He did a full rebuild after his old 2.0 fsi caught fire.

Vancity2Constantinople said:
That's Teff's R. He did a full rebuild after his old 2.0 fsi caught fire.
Click to expand...

Yeah I remenber that golf R was insane... Looks like it took all thr experience of the first one and make it even better!

I wanna see that car under full acceleration


Sent from my iPhone using Tapatalk


Sent from my iPhone using Tapatalk 2

Thank you
MY11 VW Golf R